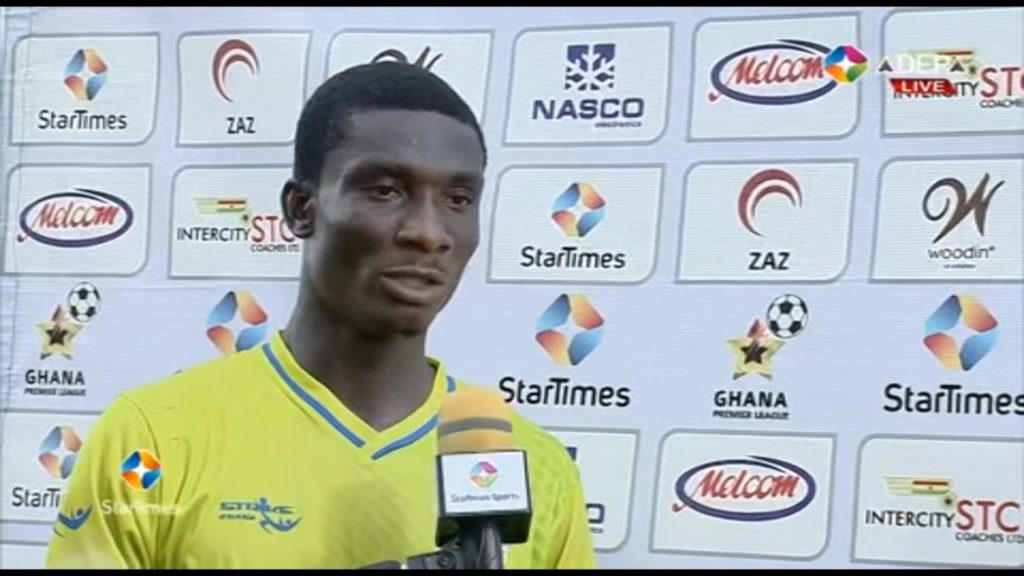 Bechem United defender Samuel Osei Kuffour won the Man of the Match award in his side's 2-0 defeat to Asante Kotoko in Kumasi on Sunday.

He proved to be a stalwart at the back for the Hunters who put up a brave fight but conceded two late goals.

Defender Ismail Abdul Ganiu converted an 86th minute spot kick to open the scoring after youngster Isaac Oppong was pushed down inside the box.

Striker Samuel Boateng powered in a header in the 94th minute on a cross from Oppong.

Early on in the first half, Avornyo should have opened the scoring when put through clear on goal but Kotoko goalie Razak Abalora was quick off his line to collect it from his foot.

In the second half, Okrah burrowed through the Kotoko defence and went pass Abalora but his cut back low cross inside the box could not find target.