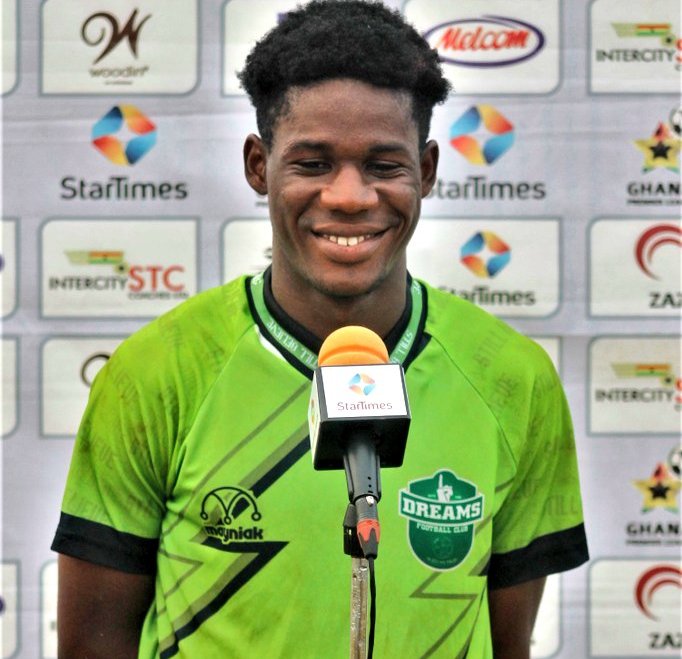 Dreams FC youngster Ishmael Dede was named Man of the Match in their 2-2 home draw with Hearts of Oak on Saturday, 25 December 2021.

The enterprising forward sublimely directed a low shot past Hearts of Oak goalkeeper Richmond Ayi in the 82nd minute to give the hosts a 2-1 lead.

But Dede and his teammates were denied the points after Salim Adams smashed home a thunderbolt to get the equalizer for Hearts of Oak.

Issah Ibrahim scored the equalizer for Dreams FC late in the first half as the home side went into the break tied.