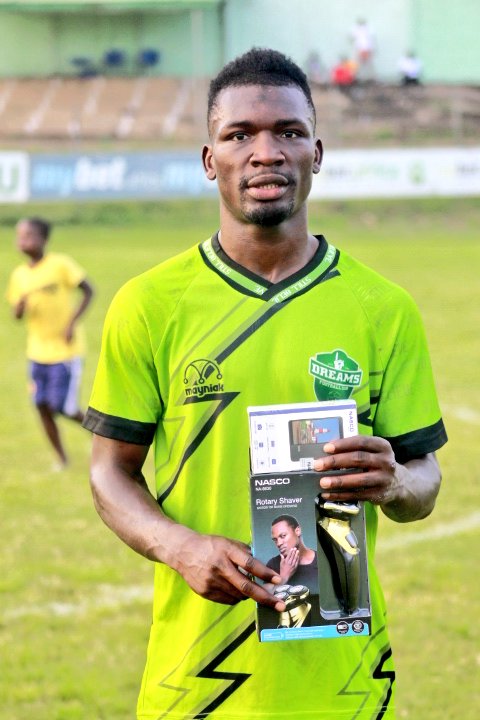 Dreams FC defender Habib Mohammed was named Man of the Match in Sunday's 2-1 home win over Gold Stars in the Ghana Premier League.

Mohammed was a stalwart at the back for the Still Believe Lads who returned to winning ways after managing one point from their previous two matches.

The Greens had to put up a stirring second half performance to down the stubborn side  Bibiani who held the home side to a goalless draw after the first 45 minutes.

Ali Huzaif opened the scoring after finishing off a great run from Agyenim Boateng who sent in a cross.

Three minutes before that, Issah Ibrahim sent in a decent cross from the right looking for Samuel Boakye but the forward arrived late to connect.

Dreams nearly added the second through Huzaif after receiving a pass from Agyenim but the Gold Stars were quick to outnumber the forward.

Before regulation time,  Issahaku doubled their lead with a trademark rocket.

In injury time, Richard Amoah pulled one back for the visitors.