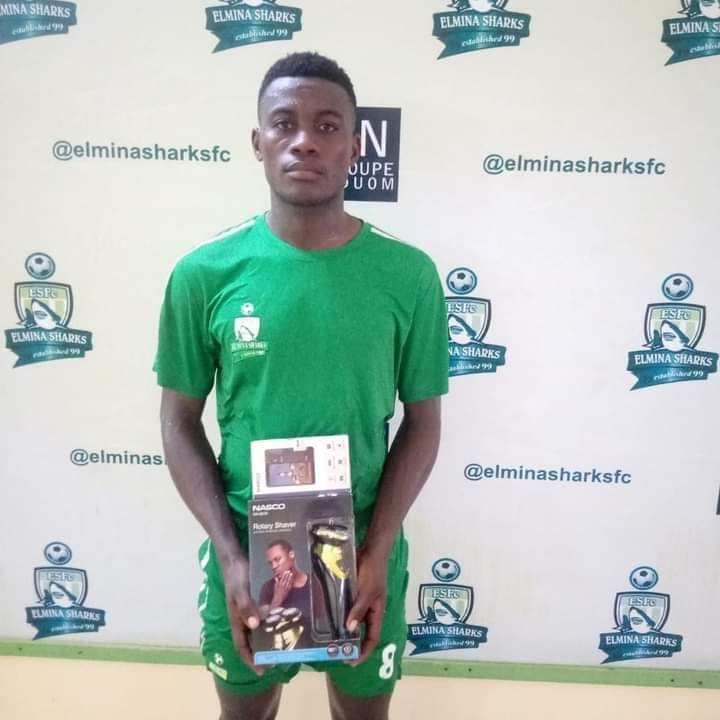 Midfielder Michelle Sarpong was named man of the match in the Ghana Premier League encounter between Elmina Sharks and Dreams FC.

Sarpong was on the losing side as Sharks were stunned 3-1 by the Dawu boys, but his impressive performance didn't go unnoticed.

And was rewarded after the match.

Dreams went ahead in the 23rd minute thanks to Agyenim Boateng Mensah and two minutes later extended their lead through Kwaku Karikari.

Odartey Lamptey's side upped their game in the second half and were rewarded with a goal scored by forward Ebenezer Boadi in the 77th minute.

Sharks threw a lot of men forward in search of the equaliser and they paid the ultimate price as wonderkid Fatawu Isshaku netted the winner for Dreams.

Dreams move to the top half of the table while Sharks are 15th after two games.