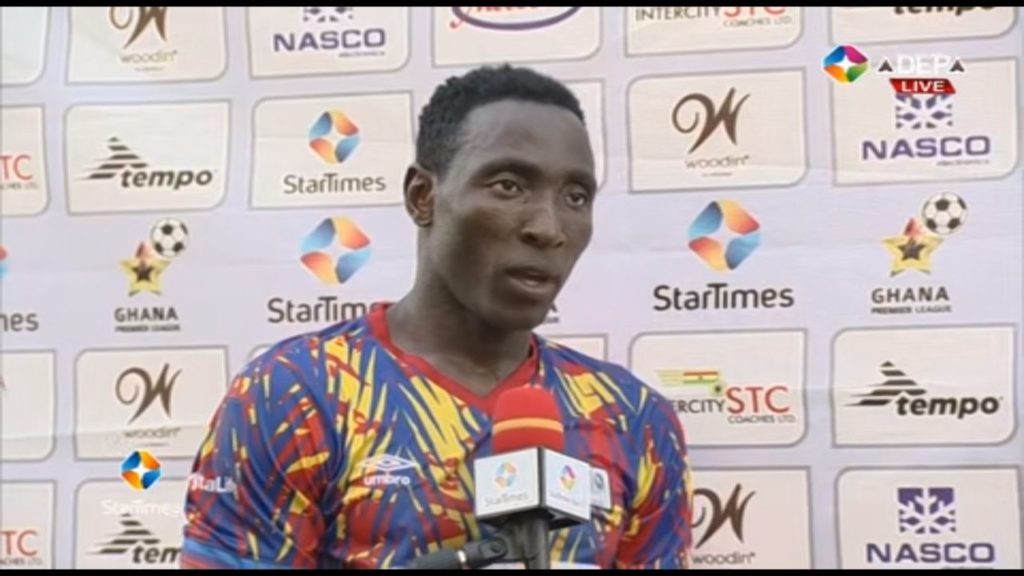 Striker Kofi Kodzi was named Man of the Match after scoring in his side's 1-1 draw with Aduana Stars at home on Sunday.

The burly forward finished off sublimely after being put through by a deft touch by Salifu Ibrahim.

Kodzi controlled with his left and connected with the outside of his right foot to get it past goalkeeper Joseph Addo.

The Phobians had finish the last ten minutes of the match with ten men after defender Mohammed Alhassan was sent off for a tackle which resulted in a penalty for the visitors.

Striker Bright Adjei-adjudged Man of the Match- stepped up and sent goalkeeper Richard Baidoo the wrong way for the equalizer in the 80th minute.

Kodzi was fouled cynically close to the box after tearing away from his marker Thomas Boateng who picked up a yellow for the tackle.

The resultant free-kick was skied over the frame by winger Ibrahim.

Aduana made a promising move in a counter attack spearheaded by Emmanuel Gyamfi who drew a free-kick after being brought down by Mohammed Alhassan.