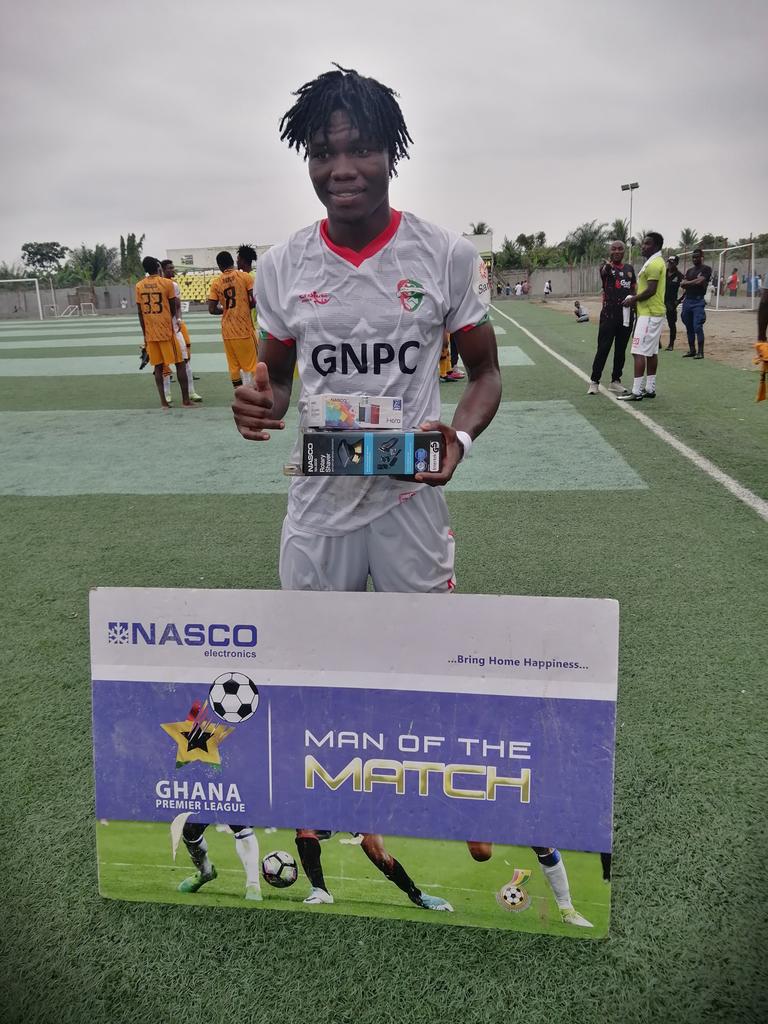 Karela United right-back Augustine Rudolf has been named Man of the Match in the 1-1 draw against Legon Cities on matchday 16 of the Ghana Premier League.

The wing back excelled on the flanks as the Anyinase lads battled to a point at the Crosby Awuah Park.

The Anyinase Boys had to come from behind to draw 1-1 at home and extend their unbeaten run to six games.

Legon Cities broke the game's deadlock in the 42nd minute after Jonah Attuquaye scored from a rebound, after his penalty was first saved.

Just a minute later Owusu Boakye Emmanuel leveled for the hosts as the game went into the break at 1-1.

After the break, both sides created chances but could not find the back of the net.

The draw keeps Karela United in eight position and will next travel to WAFA on matchday 16.