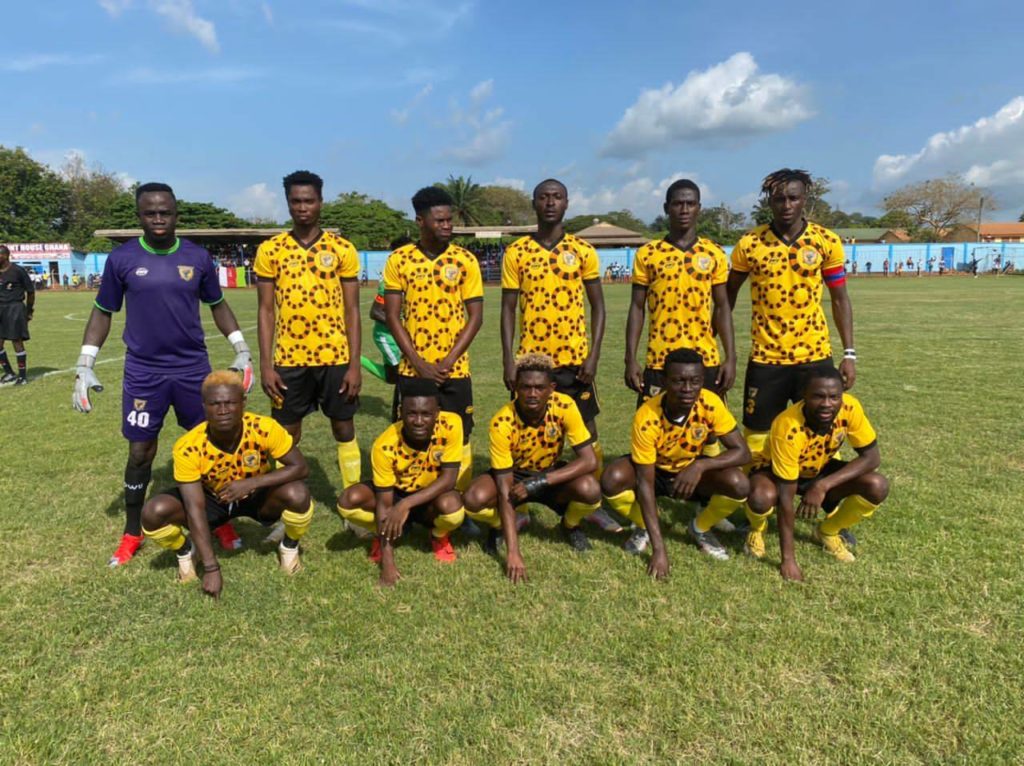 AshantiGold began their 2021/2022 Ghana Premier League with a vital away victory against Eleven Wonders FC at the Ohene Ameyaw Park in Techiman.

The Miners recorded a 1-0 win on Sunday to start their their campaign on the bright with Eric Esso's solitary strike in the second half.

New recruit Elijah Addai was also named in the starting lineup for AshantiGold.

Former Berekum Chelsea player John Josiah Andoh was introduced in the second half to also mark his debut for the Miners.

Wonders came very close to opening the scoring of the match but AshantiGold were saved by the woodwork in the 32nd minute.

AshantiGold goalie Kofi Mensah produced a wonderful save to deny the hosts the opener four minutes from the break.

Wonders will travel to Berekum to face Chelsea in match day two whereas AshantiGold will be at home to welcome Karela United at the Len Clay Stadium in Obuasi.