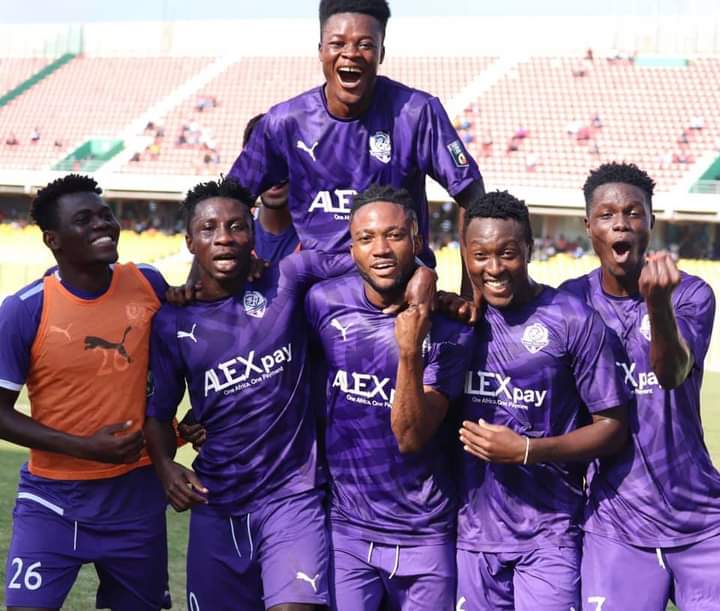 Accra Lions FC will open the 2021/2022 Ghana Premier League campaign on Friday night when they play as hosts to Elmina Sharks FC at the Accra Sports Stadium.

Lions will hope to begin their maiden top-flight journey with a perfect start by recording a victory on Friday.

The Premiership newbies topped the Ghana Division One Zone Three last term to make it into the elite division.

Lions have had a decent pre-season training having beaten reigning champions Hearts of Oak 3-2 in a test match.

The Lions will be counting on star player Rauf Salifu a lot this campaign. The teenager scored 21 goals in the Division One last season.

They have augmented their squad with about 12 new signings in the transfer window including former Ghana youth player Frederick Akatuk who scored 17 goals in the Ghanaian second-tier last term.

Sharks left it very late last season to remain in the premier league with a 1-0 win over giants Asante Kotoko SC on the last day at the Len Clay Stadium in Obuasi.

Having had a tiresome campaign last term, Sharks aim at improving this season and to start with a victory in the opening fixture on Friday.

But the Botwekumba will have to do this without their top scorer last season Benjamin Bernard Boateng who scored 8 goals in 25 matches.

Sharks have boosted their squad with the arrivals of wingers Dominic Eshun and Michelle Sarpong from Hearts of Oak.

They have also acquired the services of defender James Sewonou also from the Ghanaian champions.

Experienced midfielder Daniel Nii Adjei is also available for the Elmina based club this season.

Former Ghana international Nii Odartey Lamptey continues to lead the club from the dugout. He took over the club on interim basis last season.