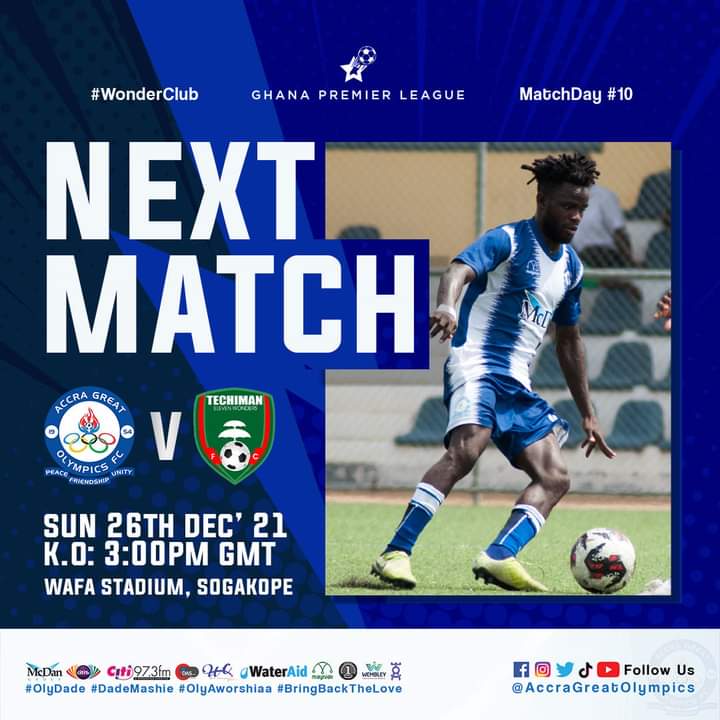 Great Olympics will host struggling Techiman Eleven Wonders at their makeshift home in Sogakope on Boxing Day for matchday 10 of the Ghana Premier League.

Olympics will however be without leading scorer Maxwell Abbey Quaye, who has left for Qatar to begin pre-AFCON camping with the Black Stars after he was named in Milovan Rajevac's provisional squad.

His absence will be huge blow for the Accra based club, having netted seven of the ten goals scored by the club so far.

The hosts will be counting of James Akaminko, George Asamoah and former Ghana U17 star Ibrahim Sulley to do the magic.

Eleven Wonders have some experience to count on, with former Hearts and Kotoko winger Ollenu Ahitey expected to glitter while Isaac Kwain leads the lads.