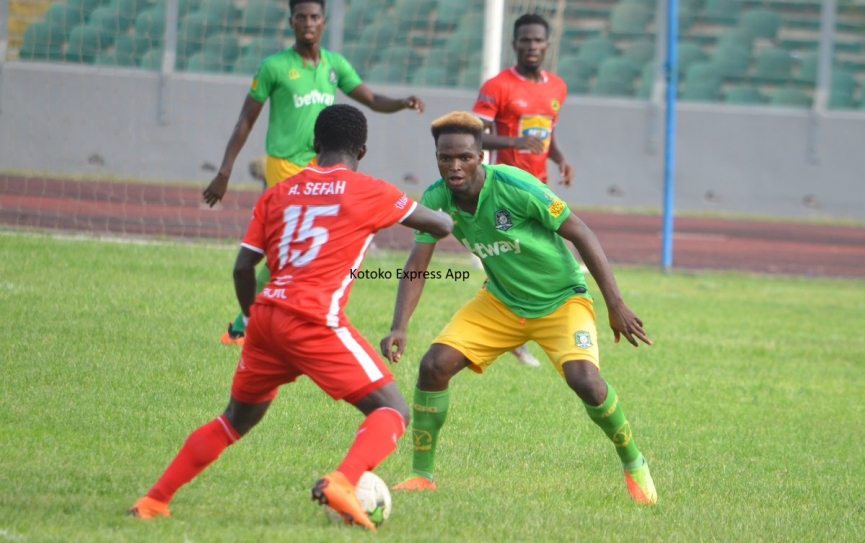 Aduana Stars host Asante Kotoko at the Nana Agyeman Badu Park in this top liner for the week in the 2021/22 Ghana Premier League matchday 11 fixture.

The Ogya lads hope to return to winning ways after losing to Medeama SC at the Tarkwa Akoon park on matchday 10.

Aduana Stars had been on a five-match winning streak before losing to the Mauve and Yellow in that encounter.

Coach Joseph Asare Bediako will be seeking redemption after losing to Medeama as they come up against The Porcupine Warriors on New Year's day.

Aduana Stars have just lost once at home this campaign against King Faisal.

The game will also be a reunion for Emmanuel Gyamfi who faces his former side Asante Kotoko in this crucial encounter.

Gyamfi left Asante Kotoko to join Aduana Stars and has been impressive for the Ogya lads with goals and assist in the ongoing campaign.

Asante Kotoko may have to fight for all three points following last Wednesday's defeat to King Faisal in the MTN FA Cup Round of 64.

The Porcupine Warriors have been dumped out of the competition resulting in the fans questioning the competence of head coach Dr Prosper Narteh Ogum.

A defeat in this game could spell doom for the former WAFA head coach.