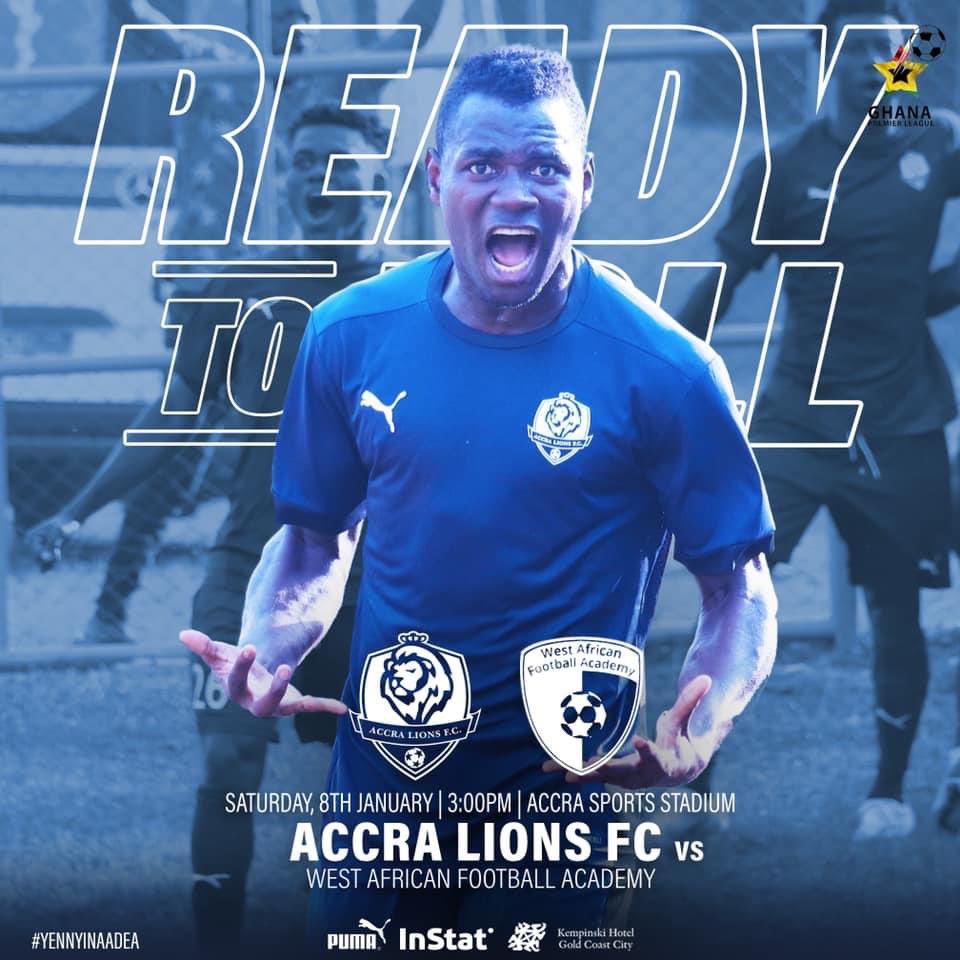 WAFA earned their first away point of the season on Saturday after holding Accra Lions to a 0-0 draw at the Accra Sports Stadium.

The Academy Boys were the underdogs going into the match having lost their previous five outings.

But today was an improved for head coach Guille and his boys who dominated and created more scoring chances.

Also, it was another clean sheet performance from the struggling side

Lions nearly snatched the opener push hard and nearly found the back of the net but some steel defending thwarted their effort and they win a free-kick.

Striker Justus Torsutsey had two glorious opportunities to score but he was not at his clinical best on the afternoon as he squandered all.

A goal line clearance by WAFA denied Lions he opener just one minute before the half-time whistle.

This was after a lovely cross by Rashid Abubakar was met by Kelvin Kyei but ball was hooked away.

The hosts were quick to attack after the break and made their way into the box but their attempt was pushed out for a corner kick by Eric Asamany.

It was eventually wasted by the hosts.

WAFA won a free-kick and Sampson Agyapong delivers it into the box and Justus feeds onto it but strikes the ball into the hands of the Lions GK.

On 70 minutes, Marvin Owusu raced with the ball into the Lions area but he skied his effort and blew a fine opportunity.

At the death, Lions found the back of the net but the referee called the goal back for offside.