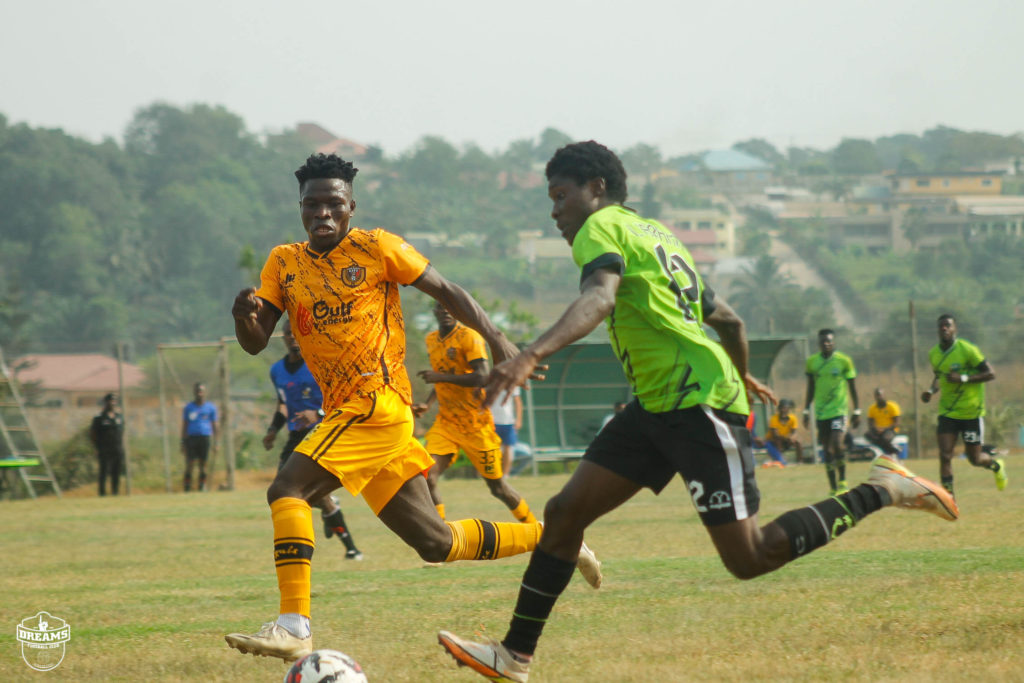 Dreams FC suffered a shock 1-0 defeat to Legon Cities FC at home in Dawu on Sunday in the Ghana Premier League.

The Greens were seeking to record their first win in three matches but were made to lick their wounds at the Theatre of Dreams.

Four minutes into the second half, Adu Obour capped a solo run with a fantastic goal to put the Royals ahead.

On the hour mark, Obour came close to doubling their lead and scoring a brace but his effort hit the side of the post.

In between that, Dreams FC were awarded a penalty after Issah Yakubu's strike hit the hand of a defender inside the box.

Ali Huzaif elected himself to take it but he missed agonizingly.

This is a second away win for Legon Cities this term after beating Elmina Sharks two weeks ago.