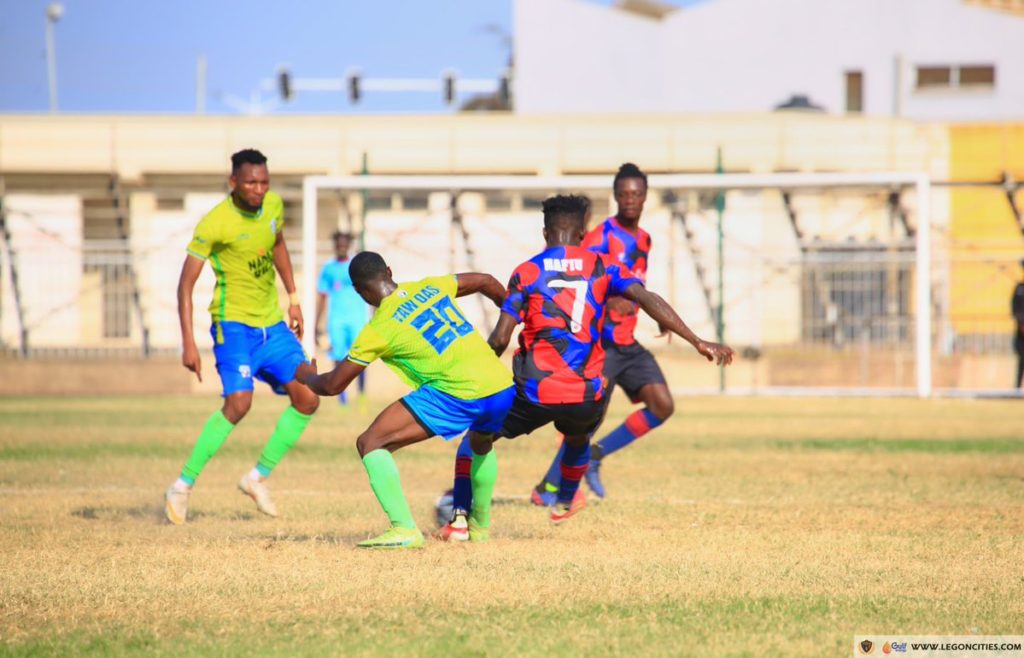 Legon Cities battled to a goalless draw with Bechem United in the Ghana Premier League on Monday afternoon in Accra.

Bechem were the better side in the first half. They dominated possession and were unlucky not to score as a close-range header hit the crossbar.

After restart Bechem nearly scored. Captain Kofi Agbesimah struck the post after Legon Cities failed to deal with a corner.

Bechem defended well too, resulting in Cities finding no joy in attack. The closest they came was Michel Otou's shot from outside the box that did not even trouble the keeper.

Although they deserve to win, Bechem would be happy with the draw as it keeps them closer to the top four, while Legon Cities are a point above the relegation zone after 13 games.

Ahmed Tijani, Legon Cities stop-gap coach in the absence of Maxwell Konadu who is on national duty with Black Stars, blamed the pitch for the stalemate.

“We have to work on our pitches not only here but across the country. I can’t answer why the choice is made for us to play here. It’s decided by the management,” he said.

Legon Cities have picked up the least point at home this season.  A shocking stat considering they are the third-best away team.

“I am happy for us to sometimes go away and win games but we need to carry that same energy into playing home games.

“We will put this draw behind us quickly and focus on the next game," he added.