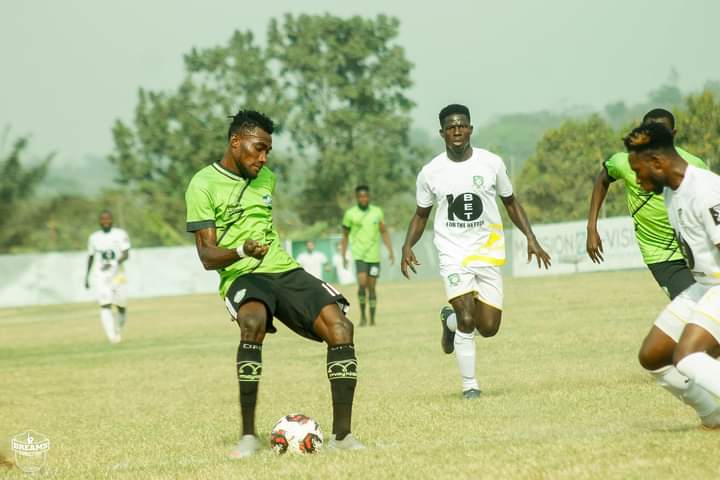 Dreams FC produced a scintillating performance to dispatch second placed Aduana Stars at the Theatre of Dreams in Dawu to record their first win in 2022.

Two goals from Agyenim Boateng Mensah and one other from substitute Samuel Boakye ensured the "Still Believe" side claim a 3-1 victory on Monday to end their winless run.

Vladislav Viric made four changes to the team that drew 1-1 at WAFA SC in the last league outing last week in Sogakope.

Asare Bediako also made three alterations to the squad that were held to a 1-1 stalemate by premiership newbies Accra Lions FC in Dormaa Ahenkro last week.

Thomas Boateng came into the starting lineup to replace Nurudeen Abdulai in defence.

Yahaya Mohammed and Emmanuel Osei Baffour paved way for Prince Acquah and Sam Adams to get starting roles against Dreams.

The home side broke the deadlock in the 44th minute through Boateng Mensah who connected a cross from Mohammed Abubakar.

Boateng Mensah doubled the advantage for Dreams in the 76th minute before substitute Boakye sealed the victory four minutes from the final whistle.

Aduana pulled one back in the dying embers of the match with a superb bicycle kick goal by Bright Adjei.