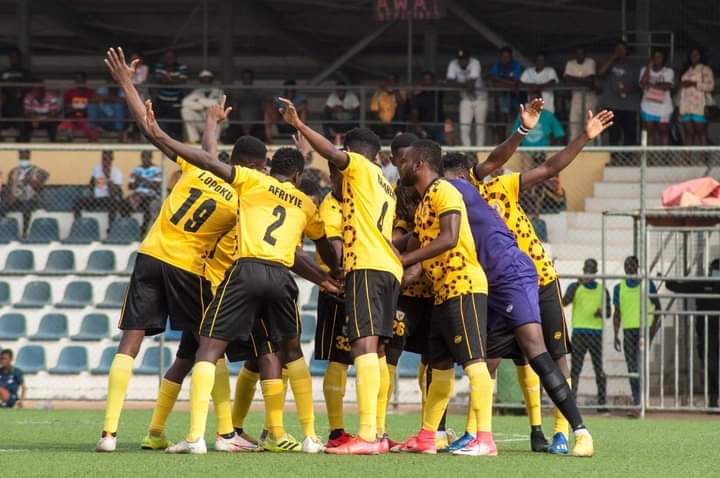 AshantiGold SC are hosting Dreams FC at the Len Clay Stadium in Obuasi on Sunday in a Ghana Premier League matchday 15 encounter.

The Miners will be hoping to build on their back-to-back wins recently to see off Dreams with another victory.

AshantiGold ended their five matches winless streak a fortnight ago with a resounding 4-0 win over Elmina Sharks FC in Obuasi.

They made it two on the trot last week beating Accra Lions FC 1-0 in Accra and will want to make Dreams the next victims.

The Gold and Black outfit will achieve back-to-back wins at home for the first time this campaign if they manage to beat the "Still Believe" side on Sunday.

German trainer Henry Haeusler has taken over the head coach role in Obuasi and is expected on the bench for Sunday's match.

The Miners have a full compliment of their squad available for selection to face Dreams.

Dreams are making the trip to Obuasi with a bit of confidence after claiming their very first win in 2022 having beaten Aduana Stars at the Theatre of Dreams last Monday.

Dreams are currently sitting at the 7th place on the premiership standings with 20 points and are separated from the relegation zone with just six points.

Since their win at Elmina on 7 November 2021, Dreams have been abysmal on the road in the league as they are without a win in their last six outings.

Vladislav Viric's team have drawn four and lost two of the last six away games in the premiership.

Dreams' only win in Obuasi against AshantiGold came in 2016 but since then they have lost two and drawn once in the last three visits.