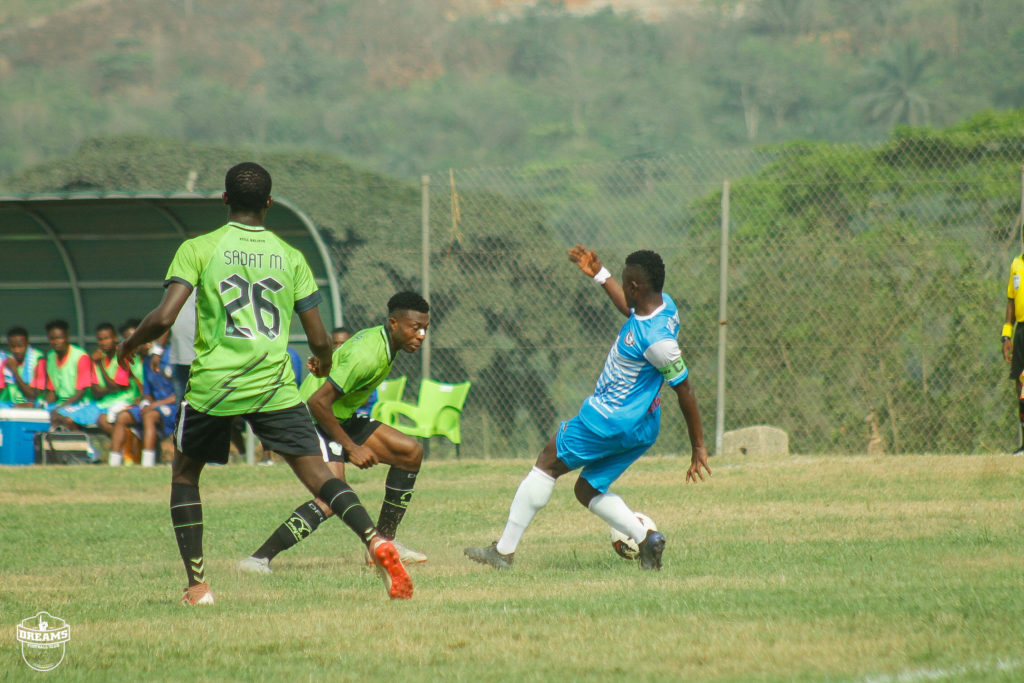 Dreams FC suffered another shock home defeat after a 1-0 reverse to Berekum Chelsea at the Theatre of Dreams in Dawu on Sunday.

Head coach Vladislav Viric's side had to end the game with ten men after Kingsley Owusu was sent off for a second yellow card offence.

Three away from the half time whistle, Oduro broke away on the right side, went past his marker before releasing a cross in search of an attacker but there was no one inside the box.

Just before the break, Berekum Chelsea took the lead against the run of play.

Kelvin Obeng connect home the opener with a fine finish.

Substitute Karikari threaded a ball to striker  Agyenim Boateng in the box but the forward's strike at goal was inches wide.

Berekum Chelsea goalkeeper Sekyereh Gregory pulled a save to deny Ali Huzaif, who came in with a header, the equalizer

Maybe it was not Dreams FC's day as Karikari smashed the woodwork after connecting from close range with his head.