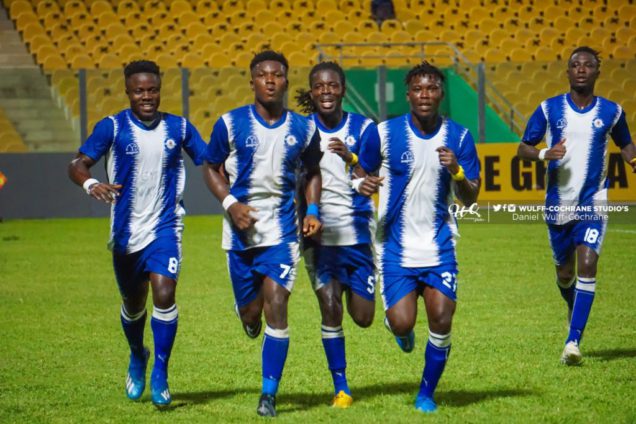 Great Olympics aim to end the first of this season's Ghana Premier League on a high as they welcome Elmina Sharks to the Accra Sports Stadium.

Both teams come into the game on the back of impressive results against big clubs in the previous matchday.

Great Olympics produced a masterful performance to claim a 1-0 win over Hearts of Oak in the Mantse derby while Sharks inflicted a 2-1 defeat on league leaders Kotoko.

However, Olympics are slight favourites for this one because they have been far better in most games this season compared to Sharks who are languishing at the bottom.

Olympics are fifth and can end the first round in the top four should they claim three points at home on Sunday. For Sharks, irrespective of the outcome of the game, they will go into the second round in the last spot.

Olympics are undefeated in their last five league meetings against Sharks. The capital-based club have recorded two wins with the rest ending in draws.