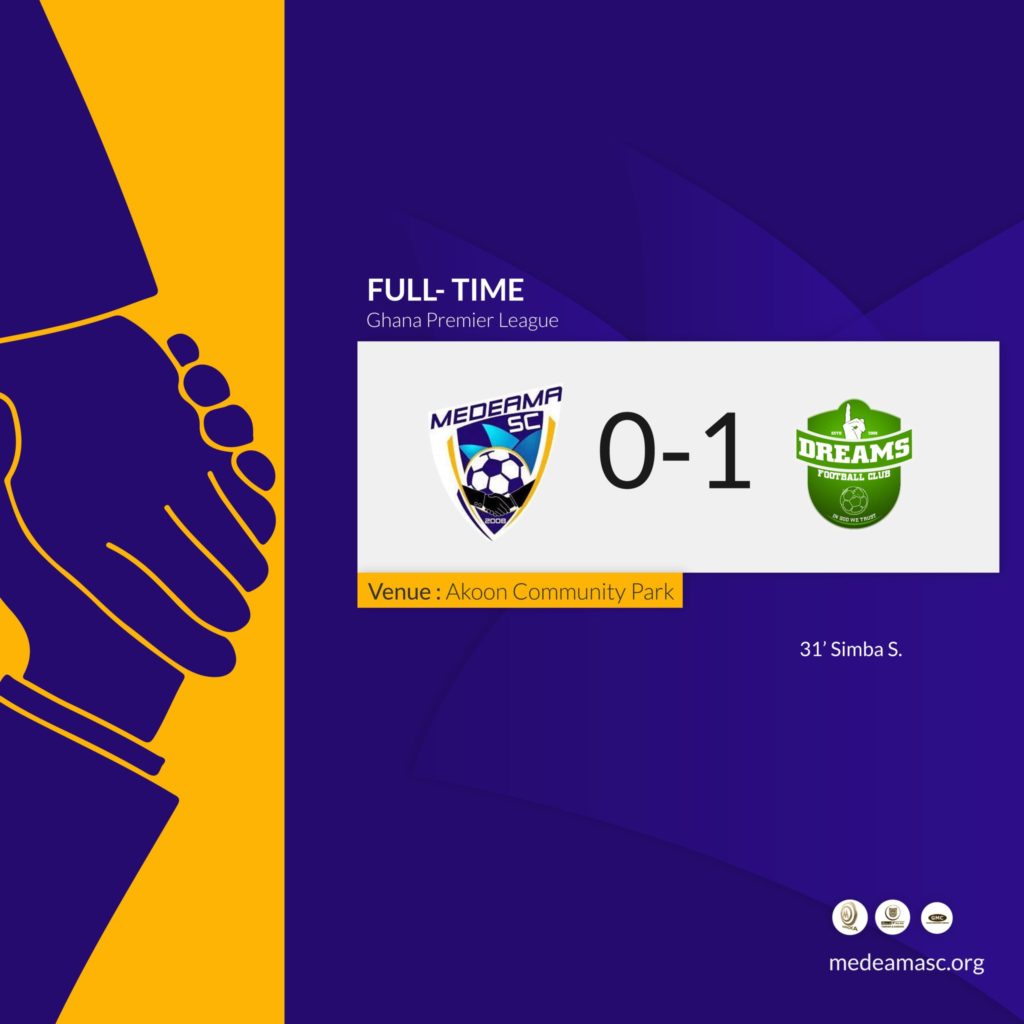 Dreams FC put the pressure back on Medeama's struggling coach Umar Rabi as they cruised to a famous 1-0 victory with an embarrassing ease at the Akoon Community Park.

The win by the visitors may not have been emphatic but the gulf between the sides was certainly as wide.

Sylvester Simba scored the only goal of the match on 31 minutes as the host lost at home for the first time this season.

Pressure is mounting on coach Umar Rabi after the home side dropped valuable points at home.

This was a magnificent performance of class and control from Dreams, who dominated from first whistle to last to illustrate just how superior they are to the Mauve and Yellows.

In a remarkable twist, coach Umar Rabi made six changes to the squad that lost 1-0 at Accra Lions in the capital last week.

New Ivorian signing Jean Vital also started the bench as the home side huffed and puffed in front of their own fans.

Dreams controlled the tempo of the game with a fantastic game management which saw them record their first win in Tarkwa.

Pressure is mounting amid managerial crisis that has crippled the two-time FA Cup winners.

Chief Executive James Essilfie has resigned while a number of coaching backroom staff have left in the wake of an appointment of a consultant who appears to have sparked a wave of confusion at the club.

Medeama is in managerial turmoil and the earlier a truce is found the better for the side hugely tipped to make a significant impact.

The result leaves the club on 6th position with 26 points from 17 matches.