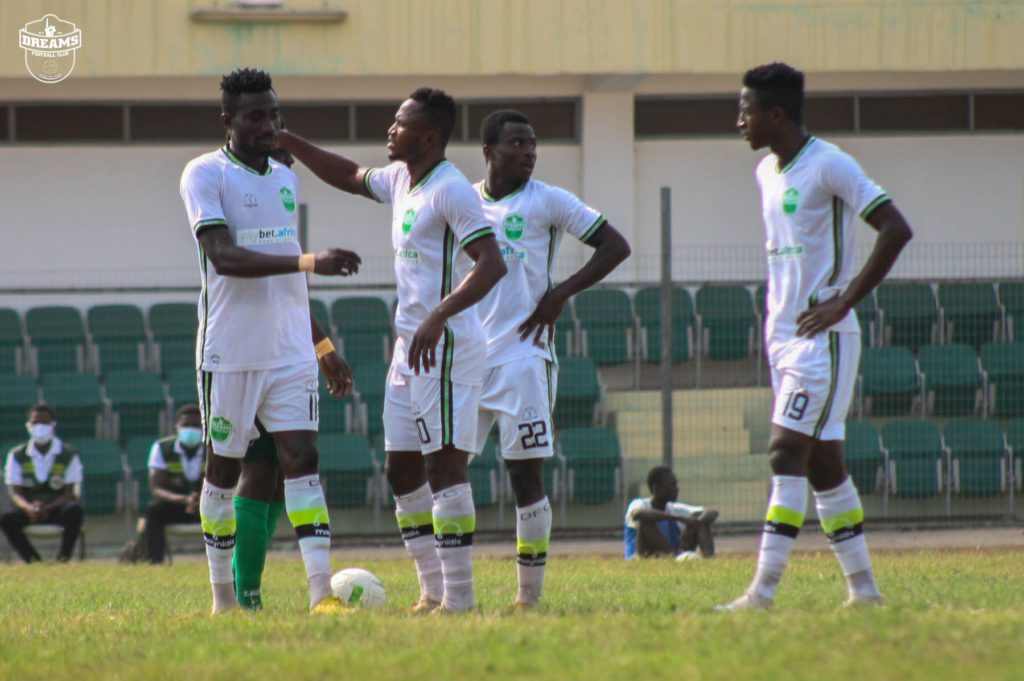 Dreams FC mount another search for their first win of the season against lowly-placed Elmina Sharks at the Theatre of Dreams in Dawu.

The Greens want to get their campaign back on track after slipping to a 2-0 defeat at Asante Kotoko last week.

They had a decent first half but succumbed to the two goals after the interval.

Ahead of the match, Karim Zito's side announce the signing of Clement Boahen from Techiman Eleven Wonders.

Boahen is expected to play his first match on Sunday.

Dreams are 11th on the league table after 18 rounds of matches.

Elmina Sharks are bottom of the table and are without a win in their last two matches.

In their last fixture, they threw away a lead to draw 1-1 with Accra Lions.