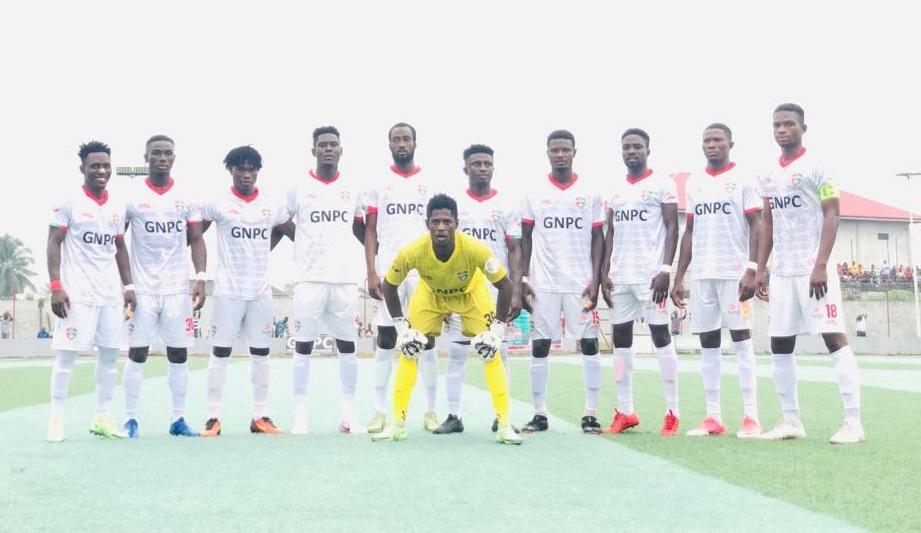 Karela United registered a comeback against AshantiGold SC to get back to winning ways in the Ghana Premier League on Sunday at the CAM Park in Nzema-Aiyinase.

One goal in each half by Mathew Kelvin Andoh ensured the Pride and Passion side come from a goal down to win 2-1 in the matchday 19 fixture.

Karela gaffer Bismark Kobi-Mensah made three alterations to the team that suffered a 2-0 loss to Aduana Stars in Dormaa Ahenkro last week.

Patrick Mensah came in for Augustine Randolph at the left-back position while Mathew Kelvin Andoh returned to the starting lineup in place of George Amonoo.

Daniel Kwofie also took the place of captain Kwadwo Addai who is serving a suspension.

Following the sack of Henry Haeusler as head coach of AshantiGold, assistant coach Thomas Duah led the team for Sunday's game in place of the German.

Duah made a couple of changes to the squad that lost 4-1 to Eleven Wonders FC last week in Obuasi at the Len Clay Stadium.

Kwadwo Amoako, Eric Esso and Amos Kofi Nkrumah were all back into the starting lineup as they replaced Derrick Atta Afriyie, Kennedy Ashia and Augustine Bannor respectively.

Dennis Votere was back between the sticks after sitting out the last time for Richard Acheaw to make his first bow for the Miners.

AshantiGold got the opening goal of the fixture as they have done in their previous two visits to the CAM Park with a strike from the captain of the day Esso.

The hosts drew level four minutes from recess with a goal from Mathew Kelvin Andoh who scored his 3rd of the campaign.

Andoh scored again five minutes after the break to ensure Karela claim all maximum points at Nzema-Aiyinase to up to the 7th place on the league standings.