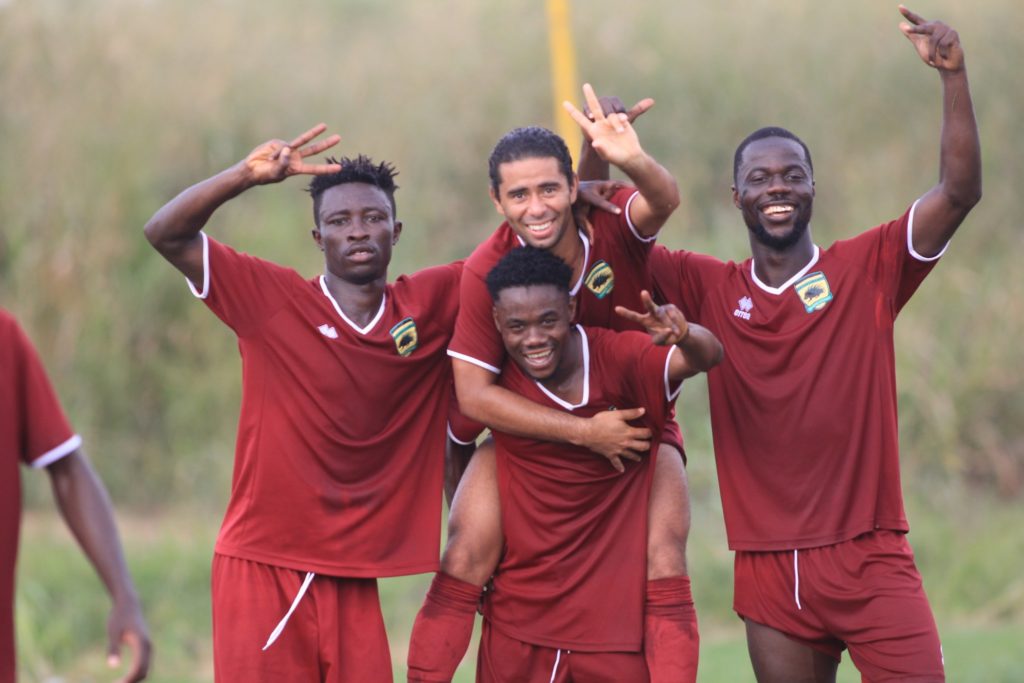 Asante Kotoko make a return to the Baba Yara Stadium for the first time after 20 months and they entertain Bechem United in their home opener of the 2021/22 Ghana Premier League.

The Porcupine Warriors made a bright start to their campaign last week when the rallied from a goal down to beat Dreams FC 3-1 at the Accra Sports Stadium- all three goals came in the last six minutes.

The record league champions look a well-knitted side after midfielder Richard Boadu, teenager Isaac Oppong and Mudasiru Salifu all dazzling in their season opener.

They prepared for the upcoming match with a 2-1 friendly win over lower division side Future Stars at Adako Jachie on Wednesday.

Future Stars were the first to score but youngster Clinton equalized after 25 minutes from close range.

Head coach Prosper Narteh Ogum, who celebrated his birthday on Friday, 5 November, will be hoping for a birthday present in front of the home fans.

The University lecturer received some good news from the medical team when his star midfielder Salifu was declared fit for the clash.

''Mudasiru scratched his foot on the ground while scoring his goal and so he felt some pains in his foot, physiotherapist Samuel Ankomah told the club.

''So we needed to take him off. But he has since been treated and would be available for the Bechem game.''

Bechem United went top of the table after the opening weekend of the competition after that 4-0 drubbing of Medeama at home.

The Hunters have three former Kotoko players in their set-up including Augustine Okrah who scored last week.

Midfielder Latif Anabilla and defender Emmanuel Asante are also in there and would like to make a statement.