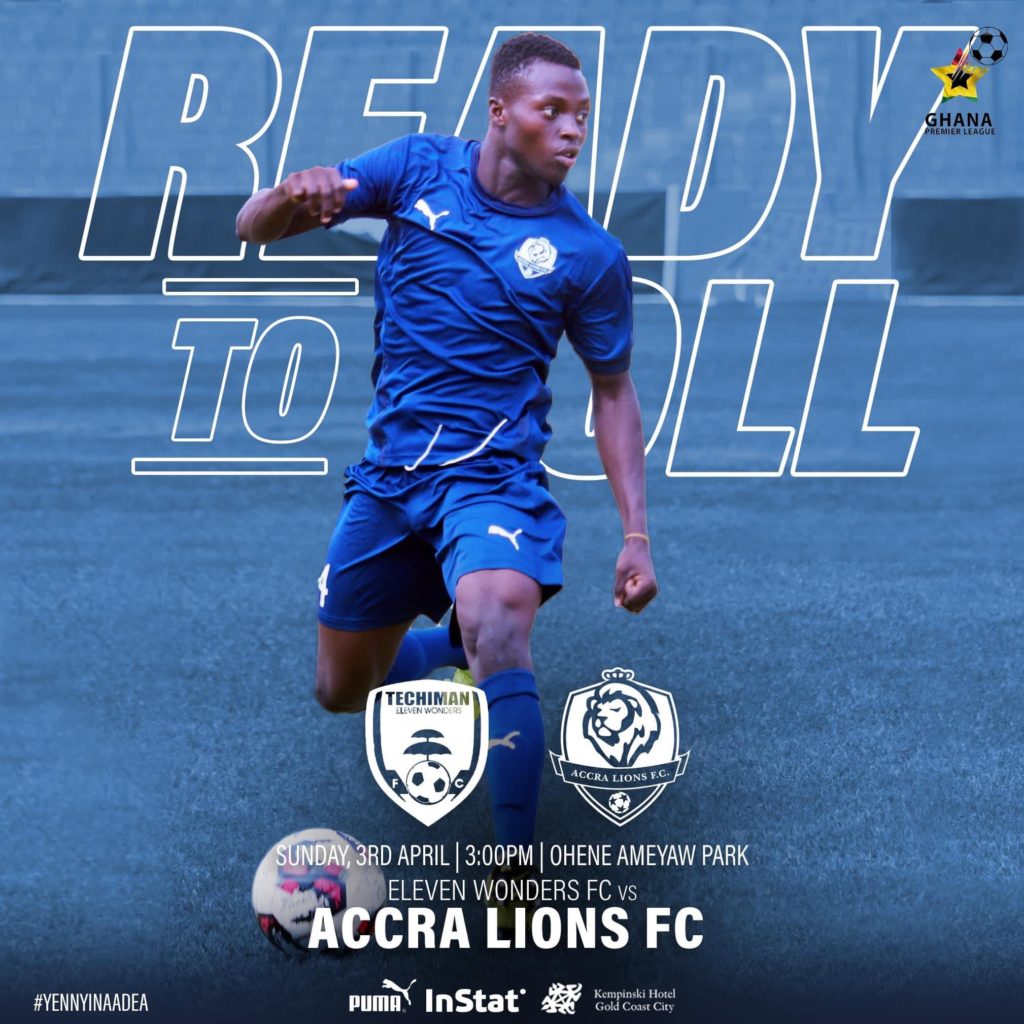 Accra Lions travel to Techiman oozing with confidence ahead of their match against struggling Eleven Wonders at the Ohene Ameyaw Park.

The Ghana Premier League newcomers secured a vital win in midweek against Bibiani Gold stars to keep to fine run at home intact. Lions have won two and drawn two in their last five games.

However, Eleven Wonders have struggled for form this season and find themselves in the relegation zone as they search for a win in their last four games.

The Techiman-based club's last win came against Ashantigold, and have since lost two and drawn two. Eleven Wonders lost to bottom side Elmina Sharks in midweek.

Accra Lions are beginning to settle in the Premier League after several of their key players left midway through the campaign, with top scorer Rauf Salifu joining Sporting Kansas City alongside defender Joseph Tetteh Addo.

However, youngster Daniel Awuni, Seidu Basit and Hagan Frimpong are beginning to cope with the pressure of the topflight.

Eleven Wonders need a win to move out of the bottom three while Accra Lions will be hoping to climb up with at least a point in Techiman.