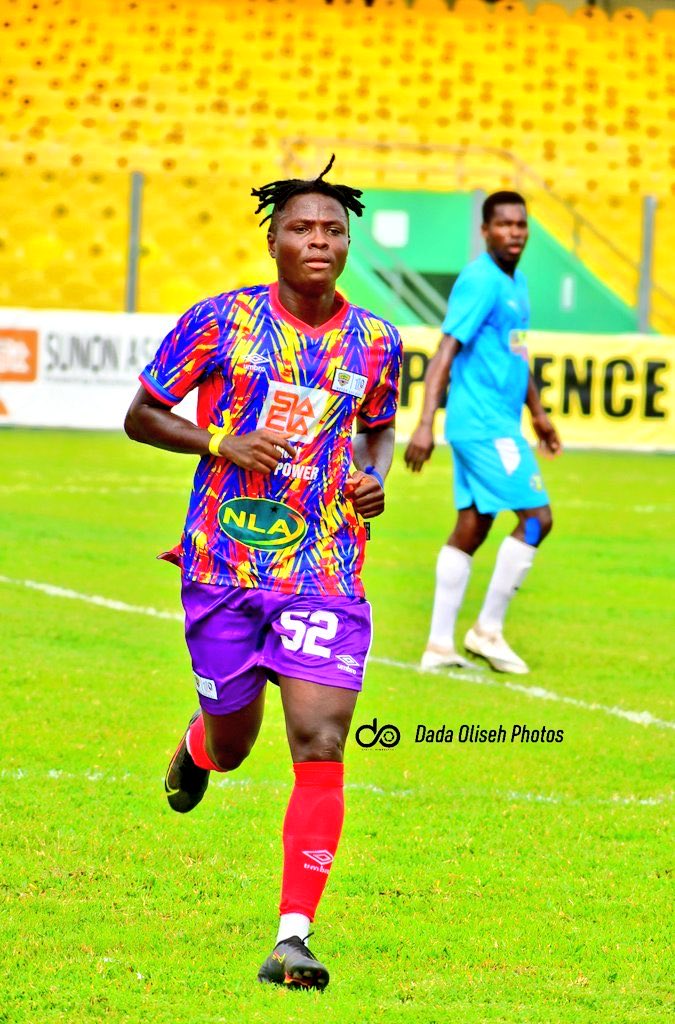 Samuel Inkoom scored his first goal for Hearts of Oak but it wasn't enough as the Phobians were held to a 1-1 draw by bottom club Elmina Sharks at the Accra Sports Stadium on Sunday.

The defender, who signed as a free agent nine days ago, curled a superb free-kick into the net to give Hearts a 1-0 lead.

The first-minute goal stunned the visitors and gave Hearts the impetus to dominate the game and create chances.

But they failed to convert, and the Sharks punished them in the 28th minute when Michael Asamoah put the ball in the net.

Following that, the Sharks held firm to claim an important point in the hopes that it will motivate them to beat the drop.

Meanwhile, Hearts of Oak are now 15 points behind first-placed Asante Kotoko. The Phobians, though, remain optimistic about making a comeback.

However, they must concentrate on the MTN FA Cup, which is their best chance of finishing the season with a trophy.