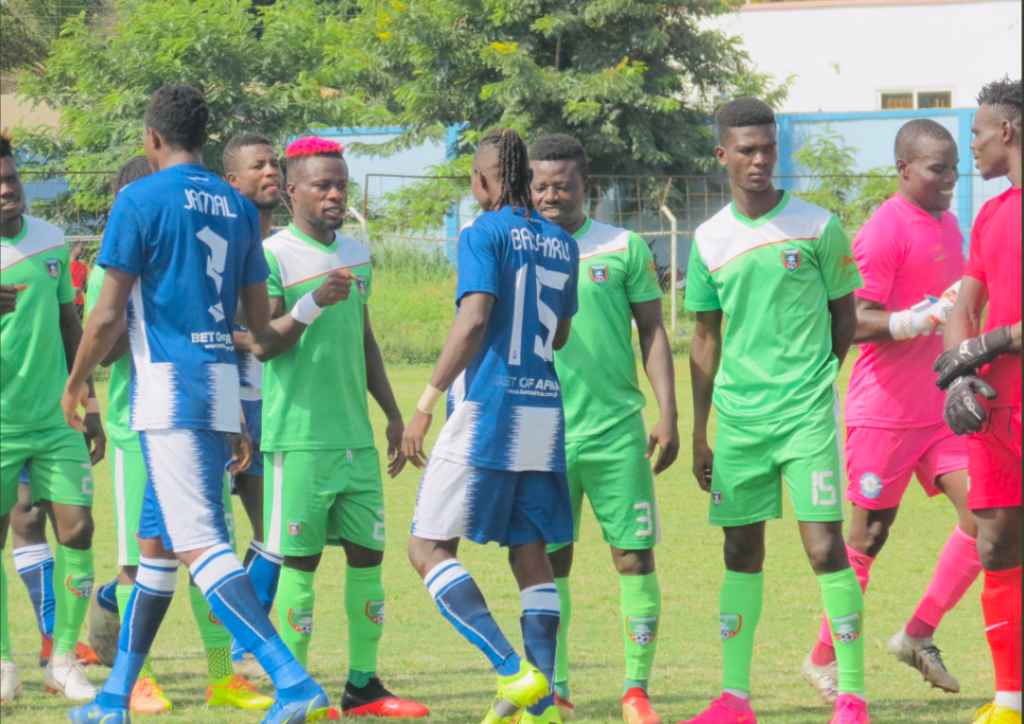 Great Olympics managed to pick a point away against Eleven Wonders on Saturday in week 27 fixture of the Ghana Premier League.

The game ended in a goalless draw at the Ohene Ameyaw Park in Techiman.

The two teams created alot of chances in the game but failed to find the back of the net.

Relegation-threatened Eleven Wonders were hoping to accrue the three maximum points as they battle it out of the relegation zone.

Great Olympics coach Annor Walker following a series of poor performance set up his team to secure a win in this game.

The Accra-based side were resolute at the back as they prevented Eleven Wonders from scoring in both halfs.

Eleven Wonders are currently out of the drop zone after the draw but have played more games than Real Tamale United who will be in action on Sunday.

Great Olympics are also tied up with Aduana Stars and Hearts of Oak following the 1-1 draw against Eleven Wonders.