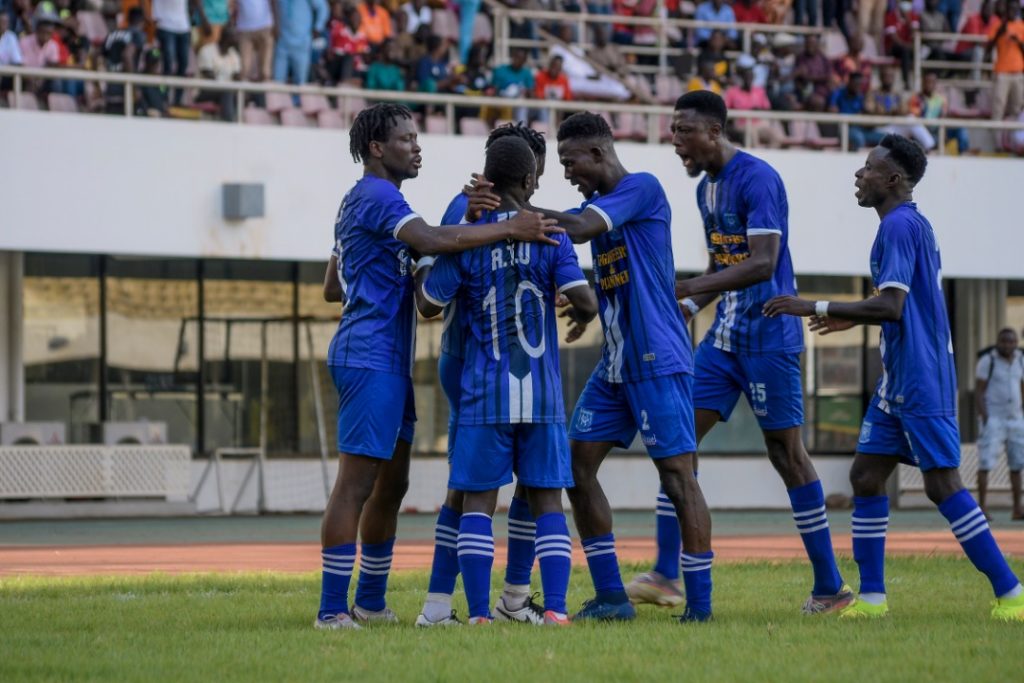 Real Tamale United handed their survival hopes a major boost with an important victory over Accra Lions at the Aliu Mahama Stadium on Sunday.

Rashid Alhassan's first half strike and an own goal from Fredrick Asante earned the Northern Blues all three points as they extended their unbeaten run to three matches.

Accra Lions traveled to Tamale with a weakened side with most of their first team players either on suspension or on the treatment table.

However, the visitors started the game on a good note and should have broken the deadlock through winger Daniel Awuni in the 24th minute.

But the host took advantage a minute later after Rashid Alhassan nodded home the opener from a corner kick.

Real Tamale United went into the break with the lead and right at the start of the second half Accra Lions coach James Francis brought on Fredrick Asante for Majeed Maswud.

Ten minutes later the lanky forward turned in an effort from Rashid Alhassan into his own net to double Real Tamale United's lead.

Accra Lions chased a consolation but the Tamale-based side were resilient as they kept it locked at the back to pick all three points in front of their fans.