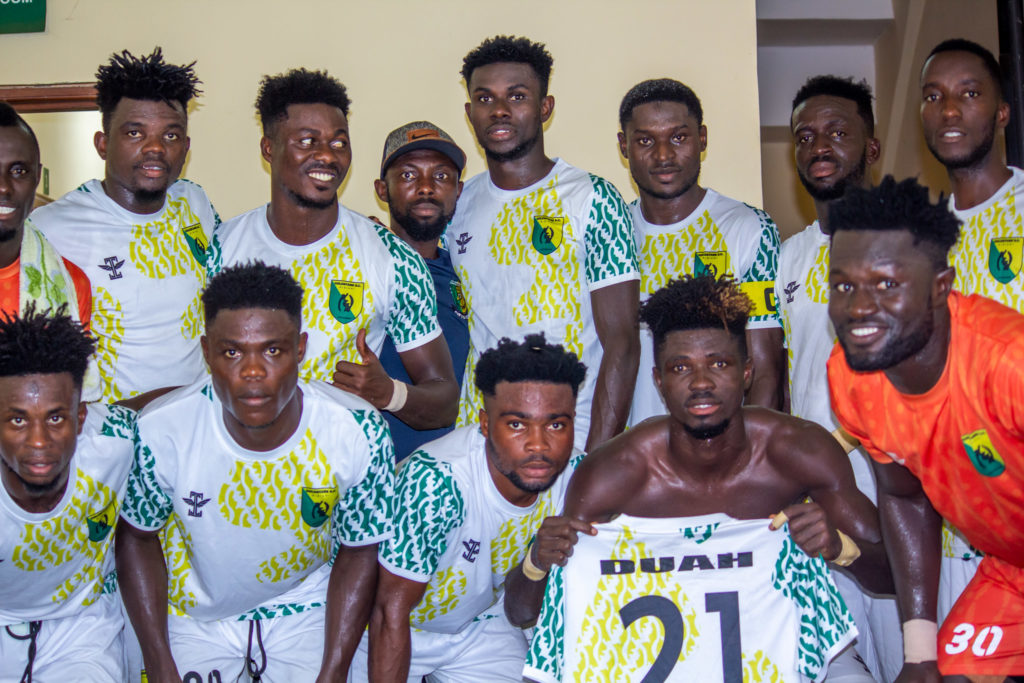 Bibiani Goldstars FC will be at their favourite Dun's Park to welcome King Faisal Babes in around 28 fixture of the Ghana Premier League this Sunday afternoon.

Goldstars are sitting at the 11th position on the premiership standings but remain unsafe from the relegation dogfight as they are just six points away from the drop zone.

The Miners are on eight matches winning streak at home and are keen on adding Faisal to their book of victims on Sunday.

Goldstars have suffered just two defeats at home after 13 games in their maiden top-flight campaign.

The two losses came against the two giants Hearts of Oak and Asante Kotoko SC with all of the other 11 home matches ending in victories for them.

Head coach Michael Osei has a full squad available to choose from to face Green and Whites as he welcomes back Prince Opoku Agyemang into the team.

Agyemang scored the winning goal when they came from behind to beat Great Olympics weeks ago with a beautiful volley from outside the box.

Faisal are making the less than three hours journey from Kumasi to Bibiani with the intentions of picking at least a point from the game against Goldstars.

The "Insha Allah" are really struggling since they haven't won a league match in over two months with the last win dating back to February 25, 2022.

That 2-1 triumph over WAFA SC at the Sogakope Park in matchday 18 remains their only win since the start of the second round of the Ghana League.

Faisal have gone nine matches on the bounce without recording a single win, drawing two and losing all of the other seven leaving them only two points above relegation.

They are also yet to register a win in the league since the departure of head coach Nurudeen Amadu who resigned about a month ago following a defeat to bottom placed Elmina Sharks FC.

Faisal will be expecting striker Ibrahim Osman to be fit to face Goldstars. He missed the last game through injury.

Mawuli Wayo is also out alongside Zubairu Ibrahim who is currently with the Ghana U20 national team at the WAFU Cup of Nations in Niger.