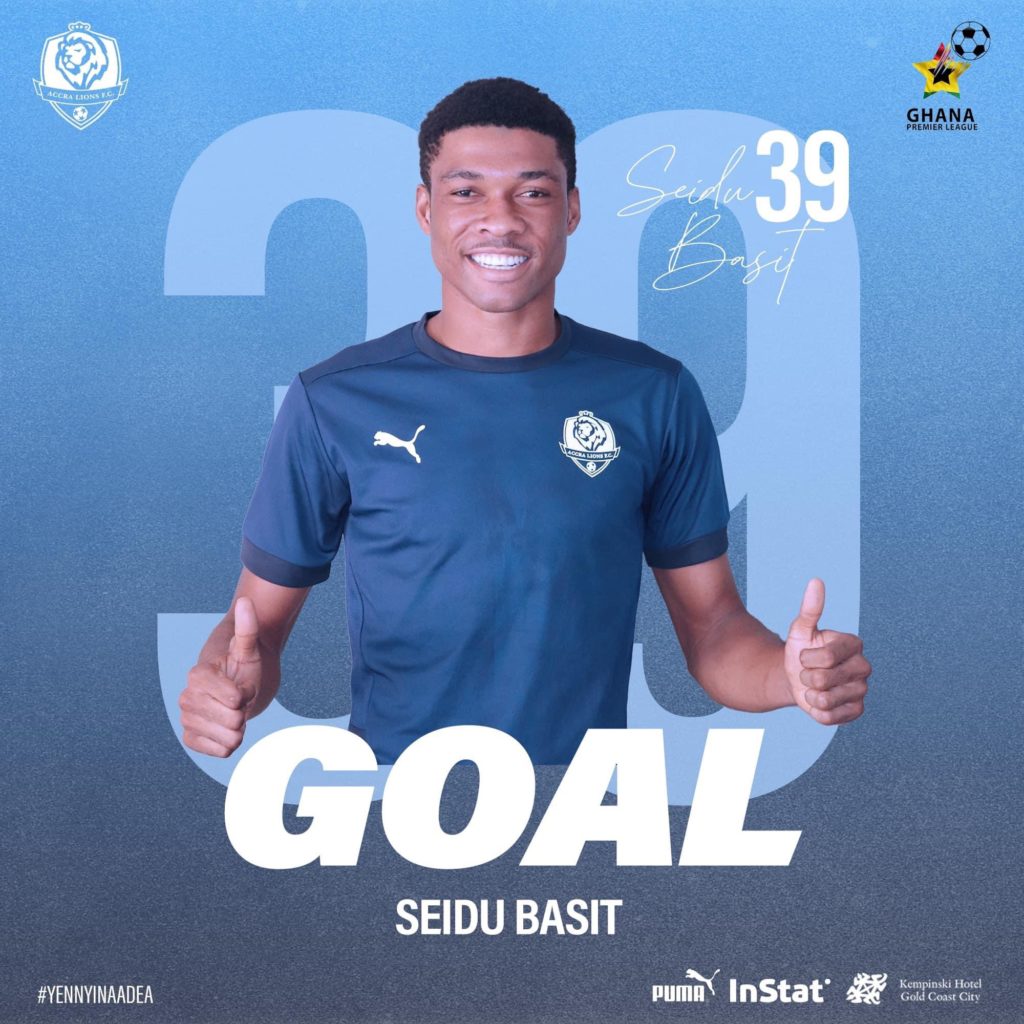 The 18-year-old striker pounced on a long pass from Issa Ibrahim before firing home two minutes after the break to deliver victory for the host.

Accra Lions declared their intentions early in the game after Shawkan Mohammed and Abass Samari fired from distance but could not trouble Legon Cities goalie William Essu.

Legon Cities started pouring forward but their closest chance came when Hans Kwoffie's header was cleared off the line by Jacob Mensah halfway into the half.

Ibrahim Issa forced a final minute save from Essu before referee Daniel Laryea whistled for half time.

After the break, Lions started just the way they began the second half and just two minutes into the half, Basit received a long pass from Ibrahim Issa to fire home the opener.

Lions lifted their game after the goal dominating possession but could not create goal scoring chances before scorer Basit was forced out with an injury.

Majeed Maswud, who replaced Seidu Basit came close a couple of times before a late onslaught from the visitors Legon Cities was equally met by great defending from Accra Lions.