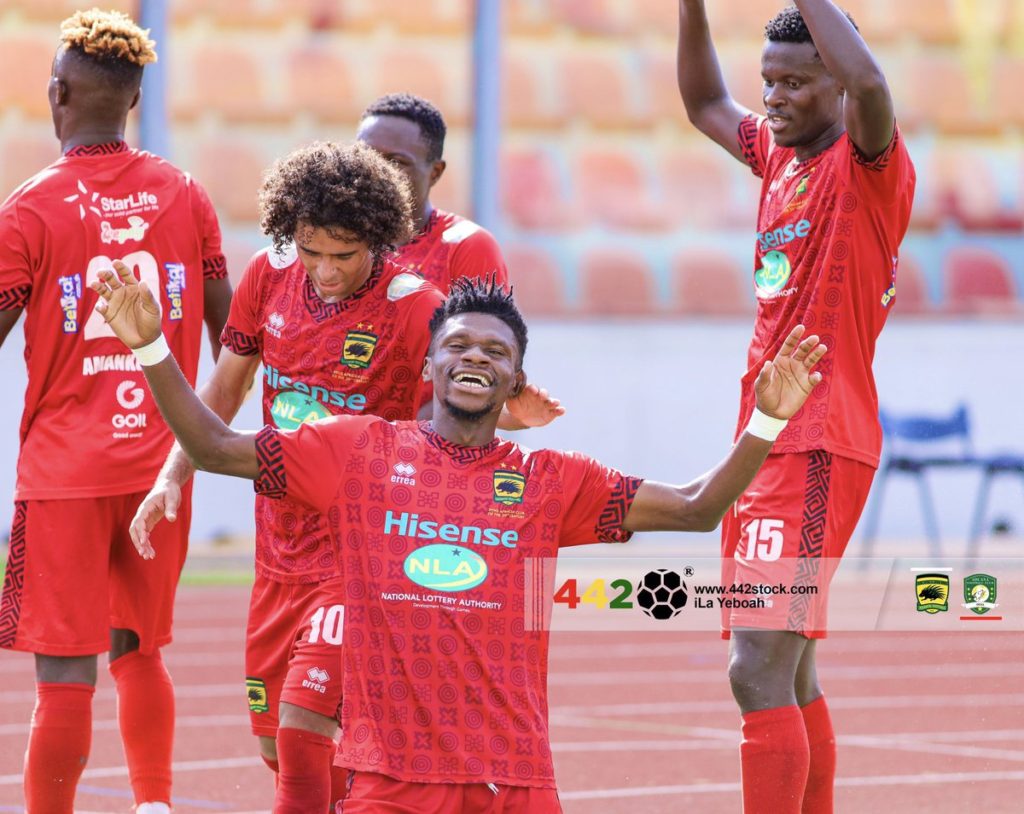 Etouga squandered two penalties after scoring to give Kotoko the lead, and he was punished when Bright Adjei scored late in the game to earn Aduana a point in Kumasi.

The Cameroonian opened the score with a brilliant finish. In the 39th minute, strike partner Georges Mfegue played the ball into his path, and he hit a one-timer that flew past Joseph Addo.

The goal inspired Kotoko to press forward, and they were rewarded with two excellent scoring chances.

Mfegue was brought down in the box, and Mbella took the penalty but failed to convert on the hour mark.

The Fire Club, who came into the game on the back of seven games without victory, scored the equaliser in the 91st minute courtesy Adjei.

The draw keeps Kotoko's lead at the top intact, with a 9-point advantage over second-placed Bechem United.

Etouga will be very disappointed with two missed penalties that prevented him from pulling ahead in the race for the golden boot. He has 19 goals, with Yaw Annor coming in second with 16, and Adjei coming in third with 14.