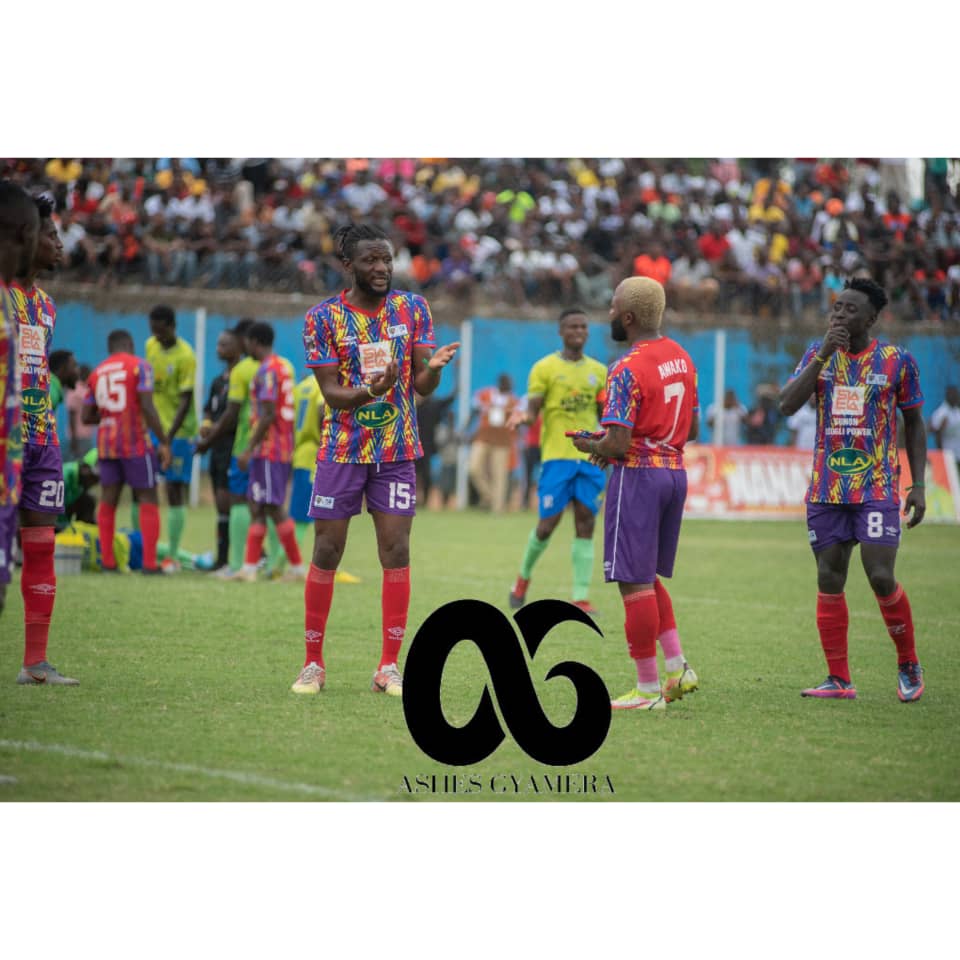 Bechem United and Hearts of Oak played a 1-1 draw at the Nana Fosu Gyabour Park on Saturday.

The Hunters were hoping to secure their position on the league table with a win against the defending champions in this week 28 fixture.

Suraj Seidu missed the chance to put Hearts of Oak in front in the 20th minute as he failed to direct a free header into the net from a corner kick.

Clinton Doudou also came close to scoring for Bechem United with a long drive as his effort missed the post by inches.

Bechem United captain Agbesheme brought down Suraj in the box but the referee ignored calls for a penalty.

Emmanuel Owusu break the deadlock for Bechem United in the 31st minute with his goal from a quick corner kick.

Hearts of Oak kept pushing for the equalizer and were rewarded for their efforts in the 45th minute.

Suraj Seidu got the equalizer for The Phobians with just some few minutes to end the first half. The youngster chipped the ball over goalkeeper Iddrisu to score the goal after latching on a pass from Frederick Ansah-Botchway.

After recess, Hearts of Oak got the first opportunity at goal but Salifu Ibrahim’s effort went wide for a goal kick

Daniel Afriyie Barnie was denied by the Bechem United goalkeeper in the 88th minute with his effort at goal.

Bechem United have now failed to win their last three games at home.