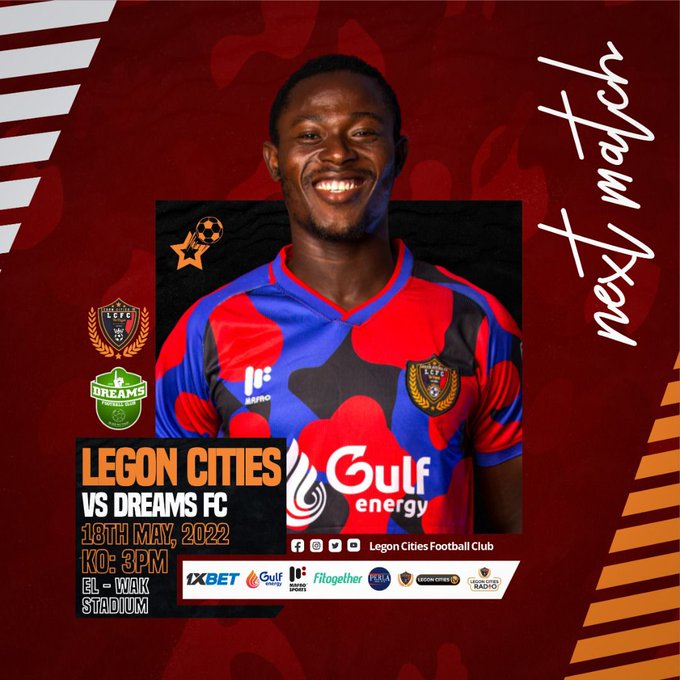 Already-safe Legon Cities will be seeking to return to winning ways against Dreams FC at the El Wak Stadium on Wednesday.

The Royals were downed 1-0 at Accra Lions last week in what ended a two-match winning streak.

They had beaten Medeama and Asante Kotoko by 3-1 margins at home and on the road.

The club's impressive run in the month of April has seen striker Hans Kwoffie shortlisted for the Ghana Premier League Player of the Month and Maxwell Konadu in the cut for the Coach of Month gongs.

Dreams FC are under a new technical team- Ignatius Osei-Fosu-but the value is the same.

They have gone eight matches without a win in the league since beating Great Olympics 5-2 at home on March 20, 22.

Last week, they lost 3-2 to Hearts of Oak in the MTN FA Cup semi-final.