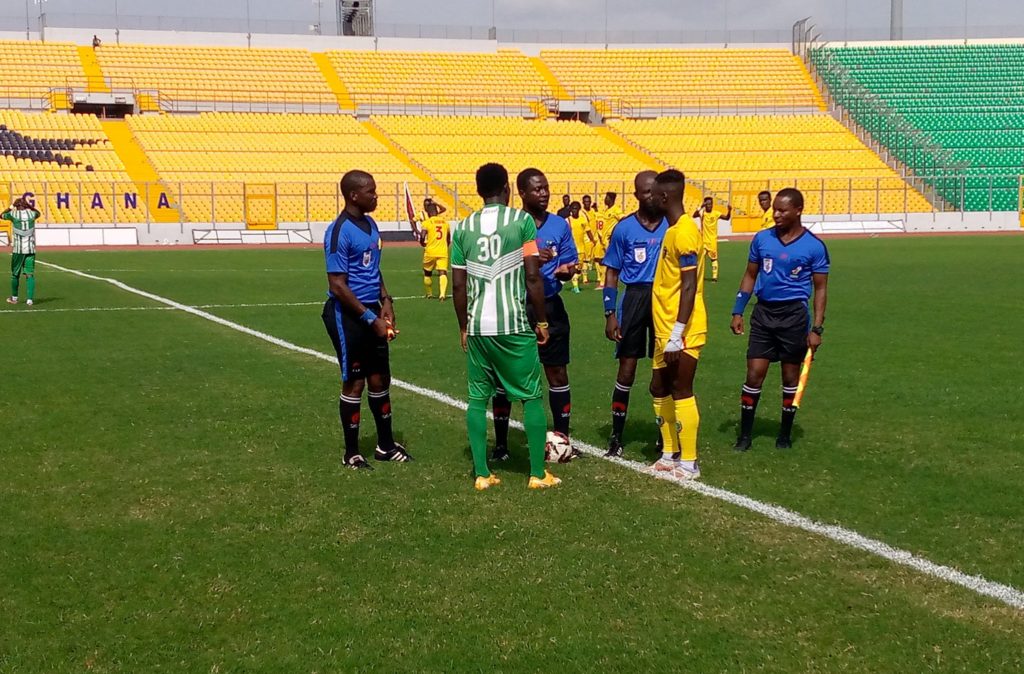 The Insha Allah boys recorded their first win in 10 games  to move out of the relegation zone in this week 29 fixture.

The game was a battle for survival as Eleven Wonders and King Faisal placed on the 15th and 16th position were battling it out to escape relegation.

In the opening minute, Morrison was brought down on the edge of the box. King Faisal’s Atta Kusi came up with the free kick but the goalkeeper saved the situation.

Enoch Morrison scored the only goal of the game in the 34th minute to secure the win for the Kumasi-based side.

Morrison tapped  home a cross from Samuel Kusi for the goal.

Eleven Wonders failed to get the equalizer after going down in the first half.

Both teams created a lot of chances in the second half but were unable to put the ball at the back of the net as King Faisal snatched all three points.

King Faisal have moved to the 13th position with 34 points after the win.

Eleven Wonders have dropped to the relegation zone on 16th position with 32 points after the defeat.