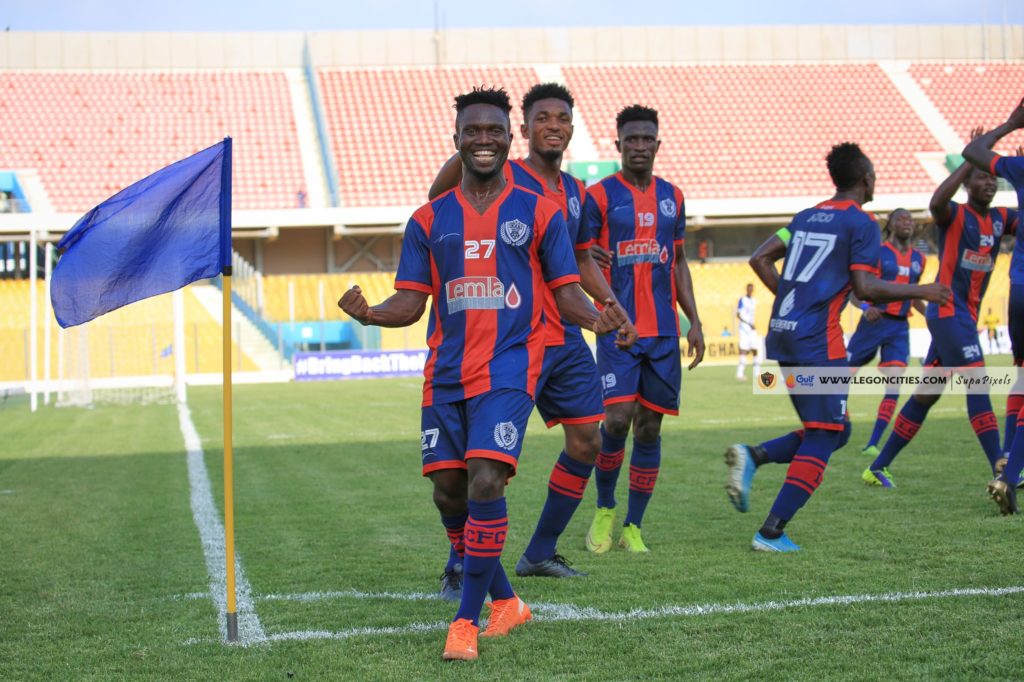 Legon Cities FC are at home this weekend to entertainment city rivals Great Olympics in a crunchy Accra derby at the Accra Sports Stadium.

The Royals are out to continue their fine form since the beginning of the season after going unbeaten after two matches.

Cities beat Real Tamale United 3-2 at the same venue last week and are having their sight on another victory on Saturday night.

Goalkeeper Eric Ofori Antwi stood in between Cities and Hearts of Oak in the season's opener a fortnight ago as they shared the spoils in scoreless stalemate.

Antwi will have to replicate same form against Olympics on Saturday if the Royals are to preserve their unbeaten run.

Head coach Maxwell Konadu might not be present at the dugout for the fixture due to his involvement in the national team duties.

Assistant coach Abdul Rahman Bashiru is expected to lead Cities to face the Wonder club with a full squad available to him for selection.

Midfielder Michel Otou is in contention to face a side he played for last season.

Olympics are approaching the city derby with full confidence and high morale after having a good start in the league this campaign with a win and a draw from two matches.

Olympics recorded a 3-1 victory against the newly-promoted side to clinch the Accra derby.

A lot will be counted on Abbey Quaye to lead the Wonder club to another victory on Saturday night against Cities.

Olympics won one and lost one of the two matches against Cities at the Accra Sports Stadium last season but are poised to claim back-to-back wins this time.

Annor Walker will be having his entire squad available for the crunch derby fixture.