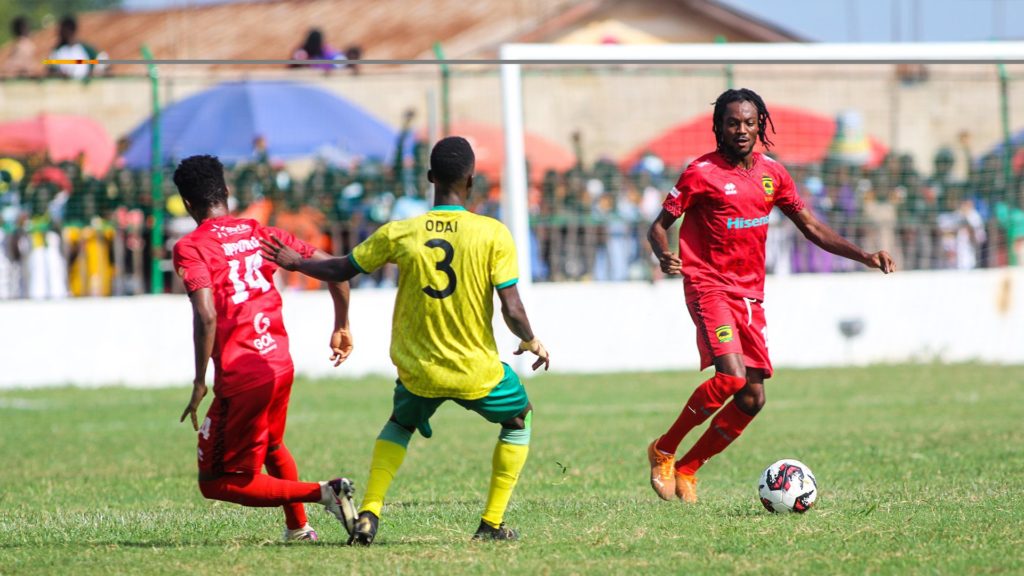 Asante Kotoko extended their impressive start to the season as they beat Bibiani Gold Stars 1-0 for their third successive victory in the Ghana Premier League.

Oppong after impressing as a substitute in wins over Dreams and Bechem United was rewarded with his first start of the season and he didn’t disappoint.

He was Kotoko's brightest player in attack and deserved the goal, extending his goal contributions to five goals - scoring two and setting up three - three games into his top-flight debut.

Gold Stars have themselves to blame for their first defeat of the season. They created many glaring opportunities, especially in the first half but surprisingly failed to convert.

Kotoko will stay on top of the league while Gold Stars could find themselves in the bottom half when matchday 3 is concluded on Sunday.