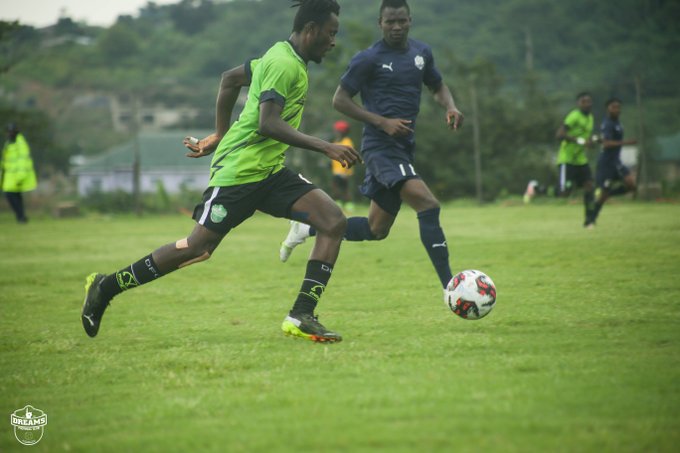 Dreams FC made it back to back wins against Accra Lions on matchday three fixture of the 2021/22 Ghana Premier League.

The Still Believe Club secured their second win of the season at the Theatre of Dreams, Dawu for the first time this season on return to their home venue.

Dreams FC defeated Elmina Sharks 3-1 on matchday two away and sealed another win at home to against the newly promoted side.

Ali Hauf scored to put Dreams FC  in the lead in the 12th minute with the opening goal of the game.

Agyenim Boateng Mensah increased the lead for Dreams in the 20th minute before Rauf Salifu pulled one back for Accra Lions in the 23rd minute.

The first half ended 2-1 with Dreams FC heading into the break with the lead.

After recess Accra Lions came in with a strong challenge to get the equalizer but failed to put the ball at the back of the net.

Dreams kept their composure and put the game beyond Accra Lions in the 74th minute with a goal by Agyenim Boateng Mensah. His second goal of the game.

Agyenim Boateng Mensah was voted Man of the Match after the game.