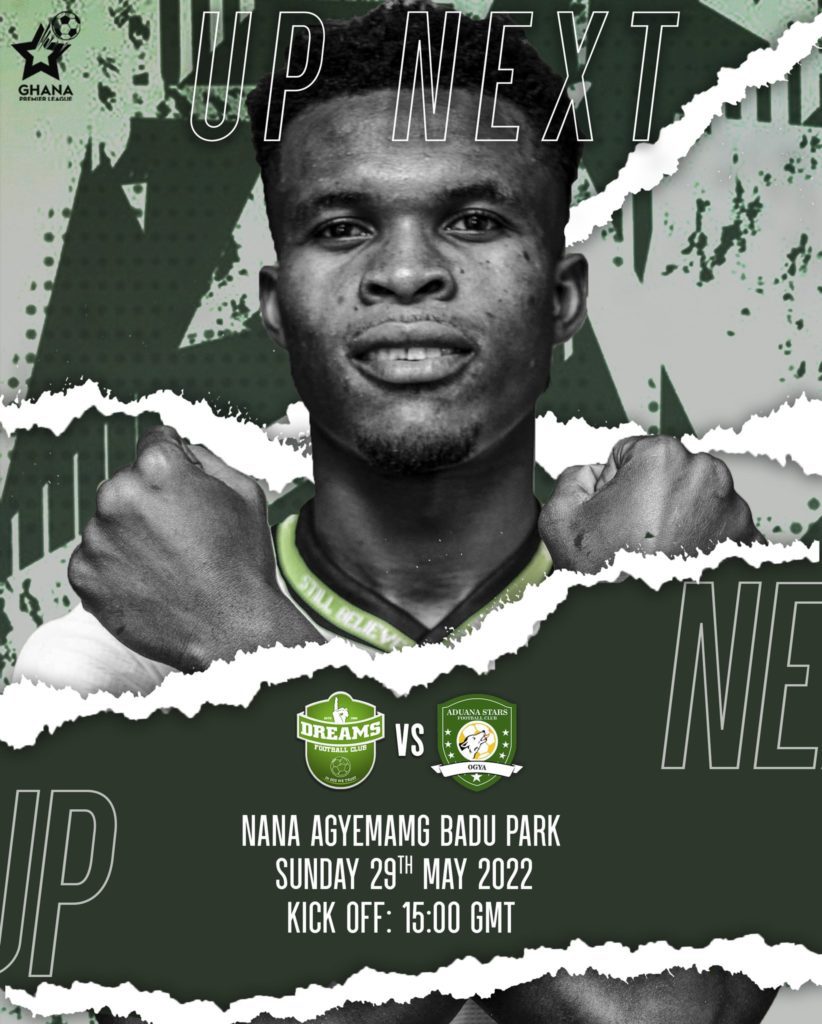 The Ogya lads are yet to record a win in their last 10 games in the ongoing Ghana Premier League.

The team has scored just one goal in their last two games at home against Medeama and Elmina Sharks.

Coach Ben Zola and his players will be targeting a win in this fixture as they host relegation threatened Dreams FC.

Pressure mounts on Aduana Stars to deliver the win at home following a series of poor performances.

Aduana Stars will be hoping to return to winning ways in this game.

Meanwhile, Dreams FC are also winless in their last nine games in the Ghana Premier League.

The Dawu-based side are currently 14th on the league table and a defeat could see them drop to the relegation bottom this weekend.

Coach Ignatius Fosu who was recently appointed to lead the technical team is yet to win his first game for the club.

The Still Believe team must play for the points as the Ghana Premier League season is just three games away.