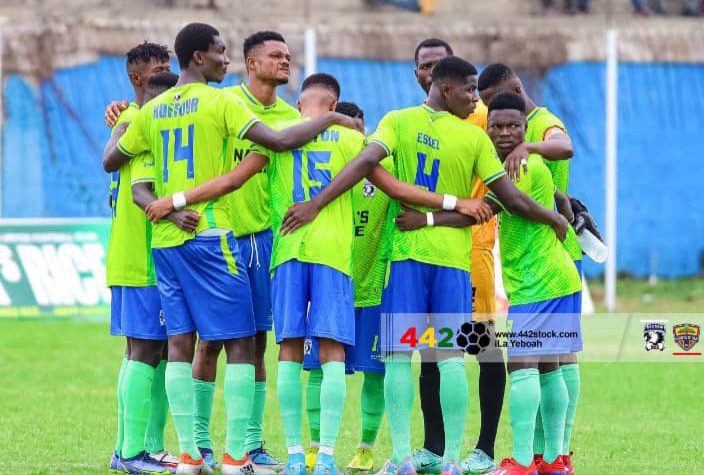 Bechem United will have their home invincibility under threat when they welcome Aduana Stars on matchday 32 of the Ghana Premier League on Sunday at the Nana Fosu Gyeabour Park.

Despite losing out on the league title to Asante Kotoko SC, the Hunters aim at ending the season as the second best team and also grab a top four place at least.

Bechem have been in a patchy form lately which they hope to end it on Sunday by returning to winning ways against the Ogya Boys.

Kassim Mingle Ocansey's have been without a single win in their last seven league matches with all the last six ending in a draw. Their last win was on April 10, 2022.

Bechem go into the regional derby without key duo Aaron Essel, Emmanuel Annor and Augustine Okrah who been busy with national team duties.

Okrah has been the side's top marksman this season where he has scored 13 goals and provided four assists.

Aduana are in a poor run of form and are poised to end it by overcoming Bechem on Sunday afternoon as they also have their eyes set on on a top four spot at the end of the season.

The Ogya Boys are currently sitting at the 6th position on the league standings with 45 points after 31 rounds, three points away from 4th place occupied by Hearts of Oak.

Aduana have gone 11 consecutive matches in the premiership with a single victory, getting two losses and 9 draws in the process.

Across that period, they suffered a 2-0 defeat to Bechem in the FA semi-finals at the Golden City Park and would want to take a revenge.

Aduana have not beaten anywhere in their last six meetings in all competitions with their last win over the Hunters happening on 16 July 2019, a 2-0 scoreline in Bechem.