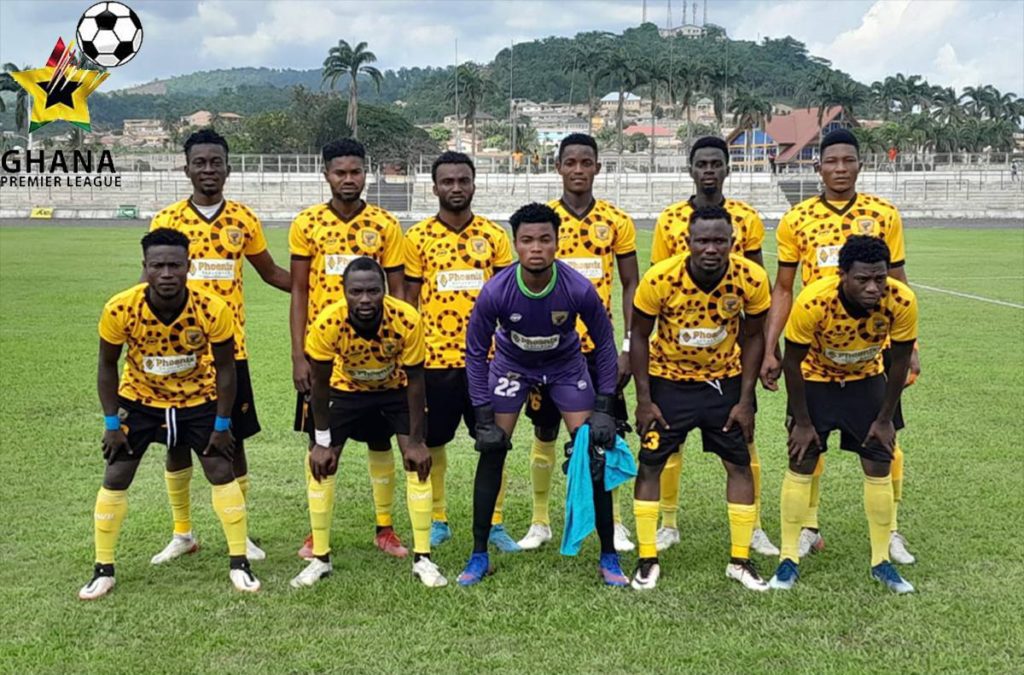 AshantiGold SC will be hoping to end their recent blip in the Ghana Premier League this Sunday when they take on Bechem United at the Len Clay Stadium in Obuasi.

The Miners have not won any of their last three league matches and would want to end that in their last home game of the season.

AshantiGold have not recorded a win in their last two games in Obuasi having drawn with Asante Kotoko SC and Accra Lions FC.

Yaw Annor has scored 9 goals in his last six appearances for the Miners in the Ghana Premier League and is just a goal short of the leading top scorer who has 21 goals.

Annor has 7 of the goals coming at the Len Clay Stadium in Obuasi. He is expected to score again on Sunday.

The Hunters are hoping to finish the premiership this season by being the second best team and would want to get a good result in Obuasi.

They are placed 2nd on the league standings with 53 points and are keenly followed by Medeama SC who are also on 53 points. Any slip could see them lose the second spot.

Bechem have already visited the Len Clay Stadium this campaign where they beat AshantiGold 2-0 in the FA Cup round of 64.

Kassim Mingle Ocansey won't be having key duo Aaron Essel and Emmanuel Annor for this match since they are with the Ghana U20 team in France.