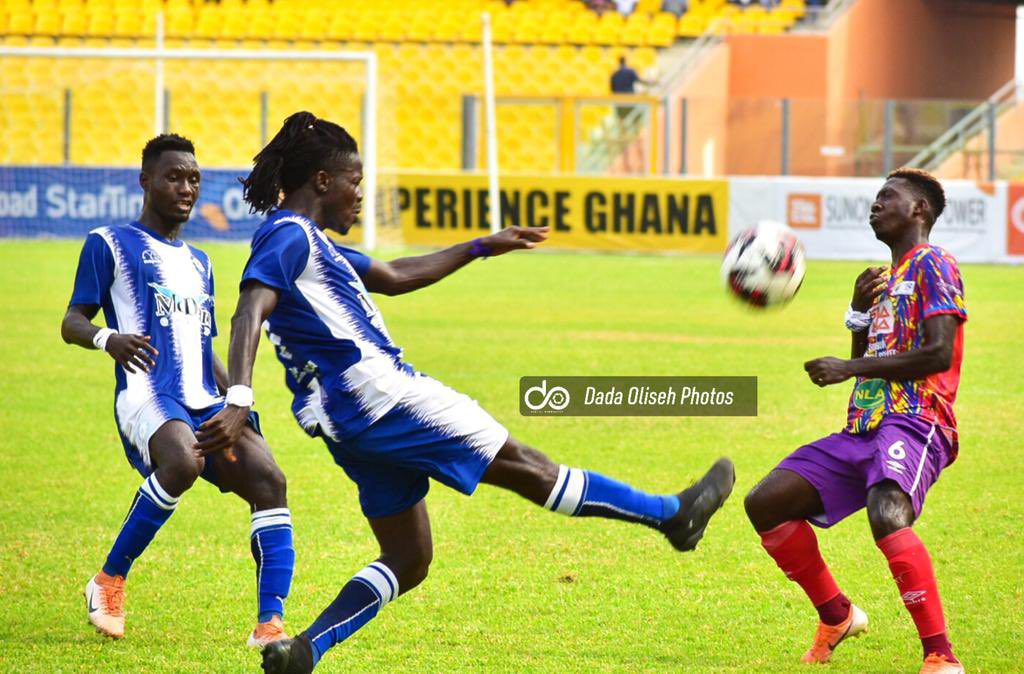 Great Olympics humbled rivals Hearts of Oak at the Accra Sports Stadium to complete a double over the Phobians in the 2021/22 Ghana Premier League season.

The Dade Boys wasted no time in establishing their intentions after Amos Achempong broke the deadlock in the 20th minute before Yussif Abdul Razak double the tally 13 minutes later.

Abdul Razak got his brace with seven minutes remaining as the Phobians extended their winless run to four games.

Olympics, who had been on a run of four matches without a win, started the game brightly as they came close in the early minutes.

After waves and waves of attack, they got the breakthrough following a fine move in the box which resulted in Acheampong striking home.

Hearts were put to sleep with the intensive football from the hosts.

Just when they started to get into their strides, Yussif Abdul Razak pinned them back with a Olympics' second.

The Phobians failed to recover and it was all Olympics in the second half before Razak grabbed his brace.

Hearts have now lost three of their last four matches in the Ghana Premier League.