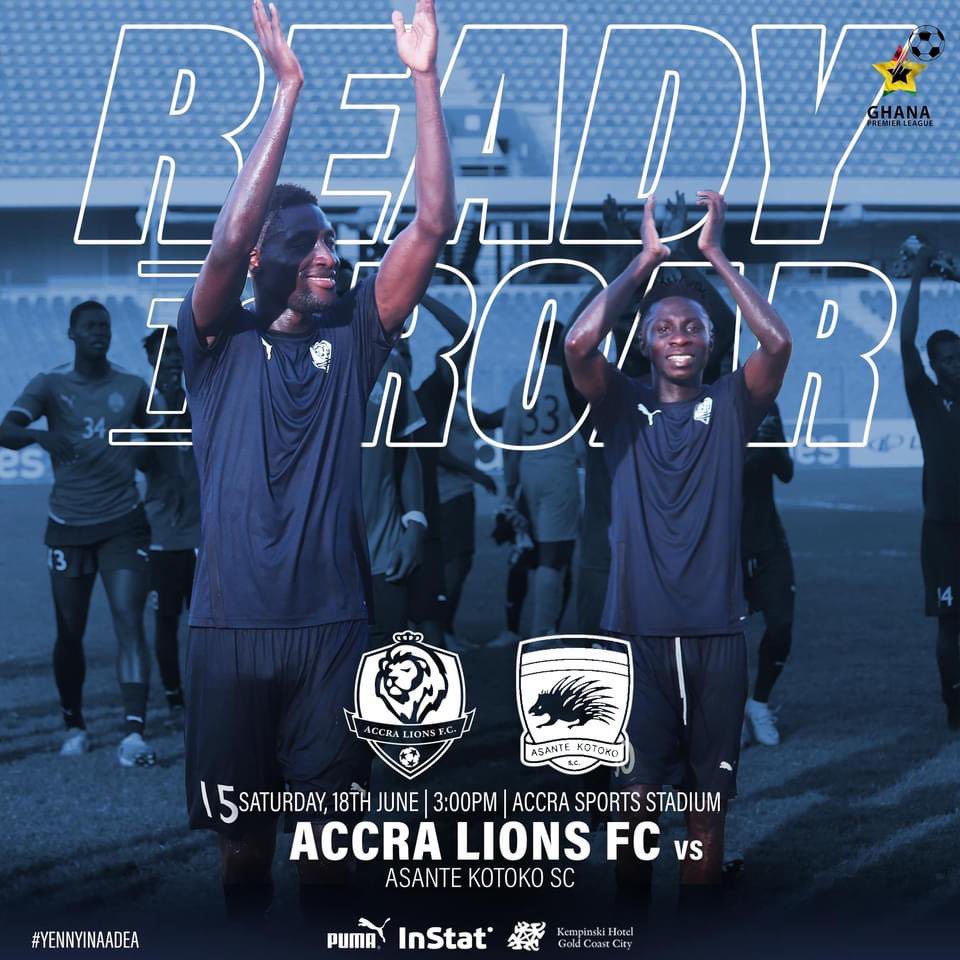 The Accra-based club confirmed their stay in the topflight after an impressive run in the second round of the league, where they made the Accra Sports stadium a fortress.

However, they come up against an Asante Kotoko side that dominated the campaign, winning the league a fortnight ago.

Despite the result from the game having no particular impact on the standings, Lions have a score to settle after losing to the Porcupine Warrior 3-1 in Kumasi.

The newboys will want to end their campaign in style while Asante Kotoko striker and leading scorer Frank Mbella has a record to break. At 21 goals, Mbella needs two to equal and break Ishmael Addo's 22 goal a season haul.

The Porcupine Warriors will also use the game as an exercise to test their strength going into the CAF Champions League next season.

The Reds have an eye on Accra Lions midfielder Dominic Nsobila, who is rated highly in the Ghana Premier League.

The hosts will also welcome U20 star Abass Samari who has been on international duty for the past two weeks.

The game promises to provide a spectacle in Accra, with both sides noted for their fine football in the Ghana Premier League.