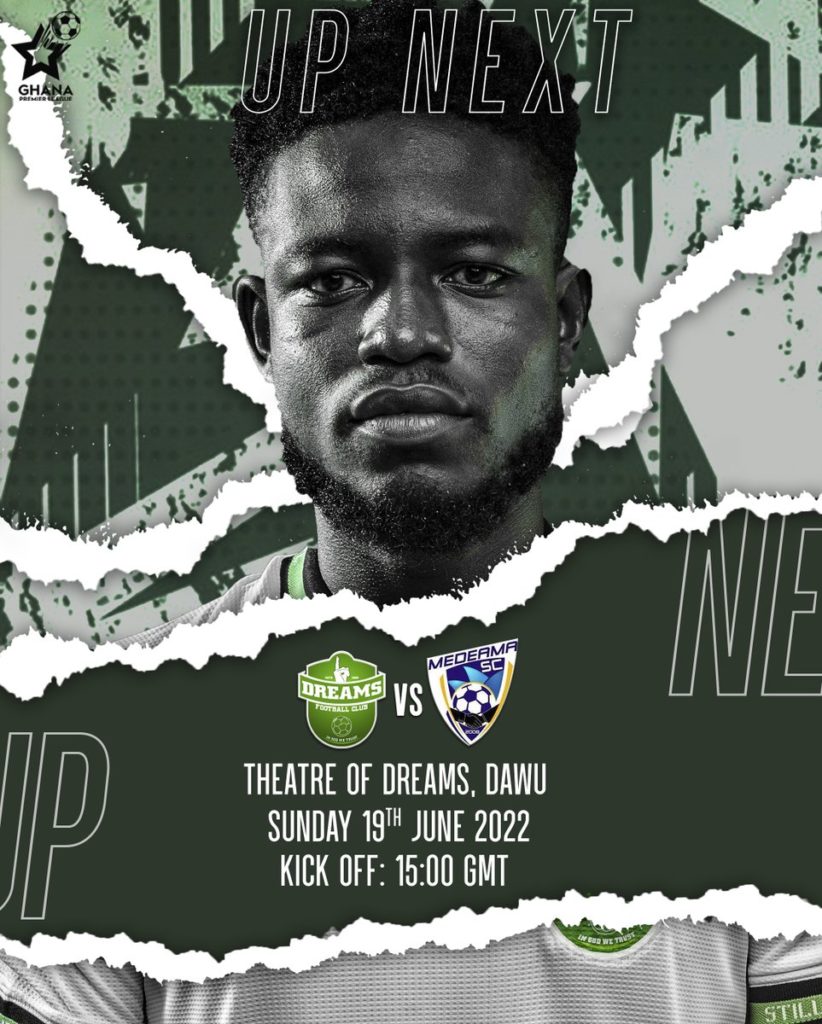 Dreams FC want to end the season on a high win a home win against Medeama on Sunday on the final day of competition.

The Greens have won their last two matches against AshantiGold and Berekum Chelsea.

At the Theatre of Dreams, they have struggled to impress in front of their fans and they must dig deep to outwit the Mauve and Yellows.

Dreams are 13th on the table with 41 points and safe from relegation.

Medeama are on a fine form with three wins from the five matches, including one defeat and one draw.

The Tarkwa-based side managed to beat Accra Lions 2-1 in their penultimate fixture to tighten their grip on the second place spot.

A draw will all but confirm their position as 1st runners-up ahead of Bechem United who three points behind in third place.