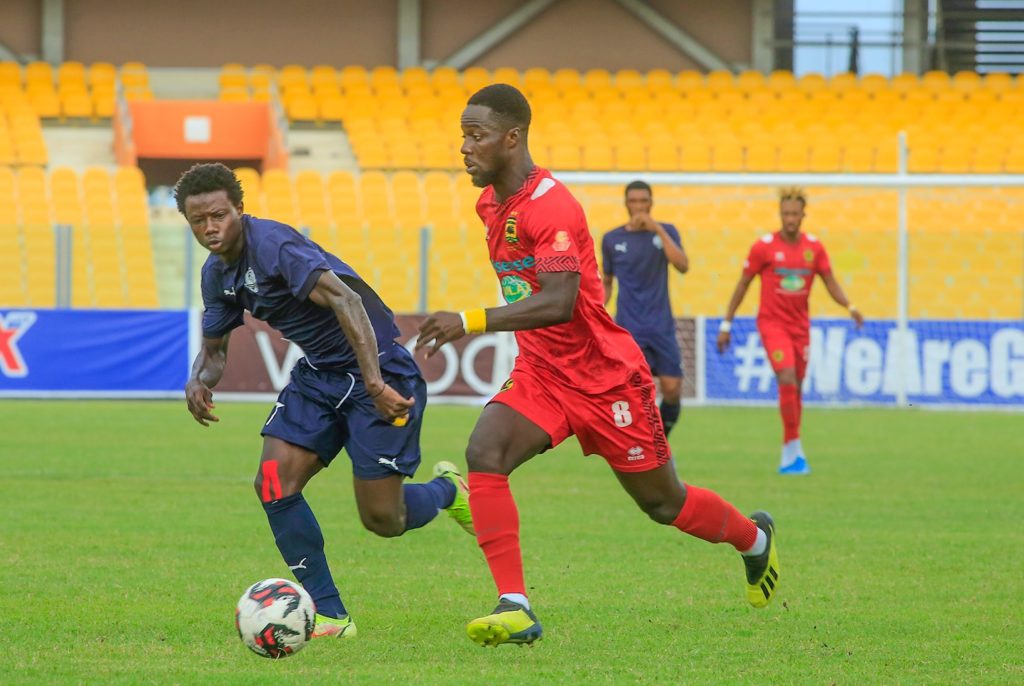 Accra Lions held newly-crowned champions Asante Kotoko in a pulsating encounter at the Accra Sports Stadium on the final day of the campaign.

Abass Samari's second half strike was cancelled by Samuel Boateng as the two sides shared the spoils.

Accra Lions got off to a good start and came close to taking the lead after Osman Kasim rose high to meet a corner from Abass Samari.

Samari nearly broke the deadlock after a spell of dominance form the hosts, his header from a cross from Rashid Abubakar went inches wide.

The Porcupine Warriors began to bully Accra Lions, and in a space of ten minutes Richmond Lamptey and Mudasiru Salifu were all cautioned by the referee.

Asante Kotoko's best chance came when Frank Mbella had only Fredrick Asare to beat but the Lions goalkeeper was equal to the task, just before the break.

Six minutes after the break, the host broke the deadlock after Abass Samari met a cross from Rashid Abubakar, leaving Kwame Baah rooted to his spot.

A mistake from the Nsobila saw Mbella rounding up Fredrick Asare but failed to stand his grounds, missing the ball.

The Porcupine Warriors piled pressure in the dying minutes, and a mistake in defence saw Kotoko taking advantage as Samuel Boateng netted the leveler.

Accra Lions held on to finish the campaign by holding the champions.