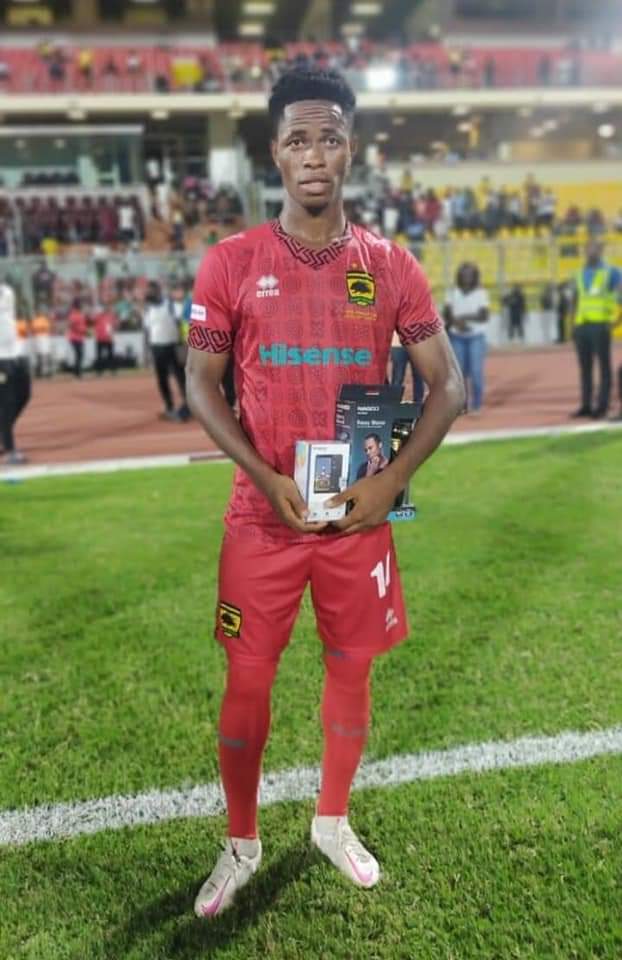 Youngster Isaac Oppong was named man of the match in Asante Kotoko victory over Eleven Wonders in the Ghana Premier League on Saturday.

Oppong scored a stunning goal in the second half to help Kotoko to secure a 2-0 victory making it four wins on the bounce and staying on top of the table.

Oppong, nicknamed Neymar, run onto Fabio Gama's long pass, beat his marker, made a daring run into the box and then fired the ball past the goalkeeper.

The goal is his third of the season plus has assisted three goals. In total, Oppong has been involved in six goals in just four games, more than any player has managed this season.

He excelled as a substitute in the first two games, earning him his first start of the season on matchday 3 against Bibiani Goldstars. He scored a superb goal in that match.

On Saturday, he was rewarded with another starting berth and emerged as man of the match. As things stand, he is Kotoko's best player and is highly unlikely to see him return to the bench.