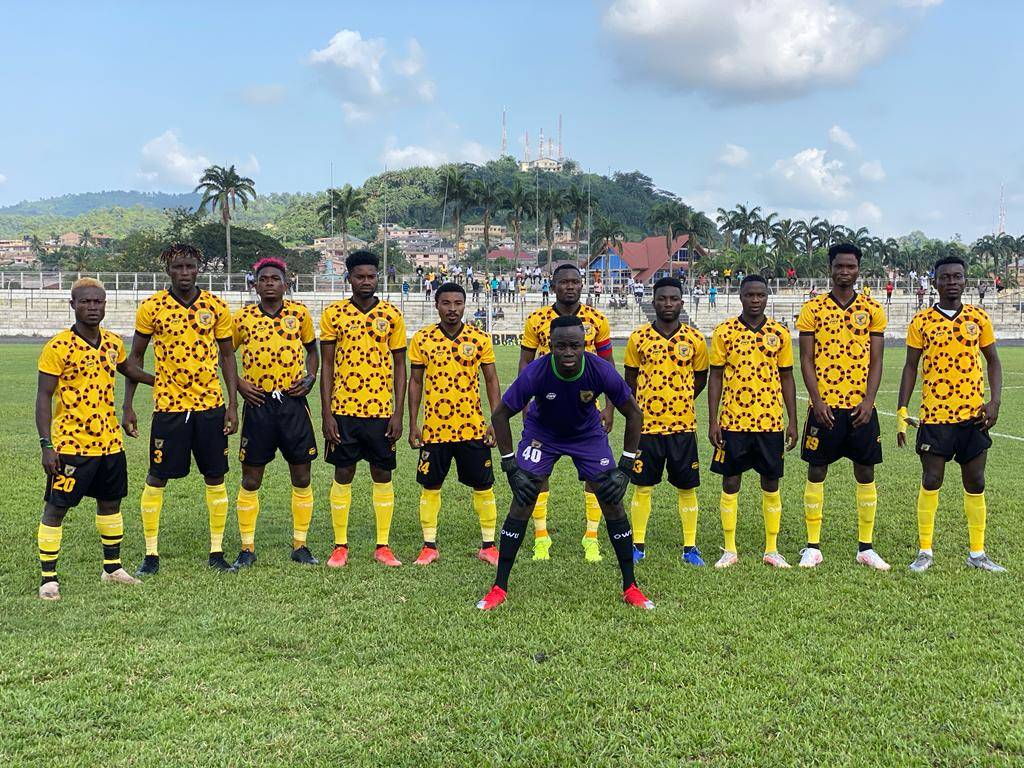 AshantiGold SC return home for their matchday four fixture of the Ghana Premier League after a disappointing loss in the Ashanti derby last week.

The Miners will tackling defending champions Hearts of Oak at the Len Clay Stadium in Obuasi on Sunday as they aim at getting back to winning ways.

AshantiGold suffered a 2-0 defeat in the hands of in-form King Faisal Babes in Kumasi last Sunday.

The derby loss has caused the position of the head coach Ernest Thompson Quartey who has been dismissed since the last few days.

Since the opening day 1-0 win over Eleven Wonders FC in Techiman, the Gold and Black side have drawn and lost the last two matches.

Former assistant coach Thomas Duah has been tasked to lead the club for the crucial game on Sunday against the Phobians.

Ampem Dacosta is racing against fitness to be available for selection the match. He missed last week's game against Faisal through an injury.

Defender Frank Akoto is also expected back in the match squad for Sunday's encounter.

Hearts will make the over 270 kilometres journey to Obuasi with the mindset of getting their first win of the season have drawn blank after three rounds.

The champions have managed just three points from a possible nine after drawing in all of the three games played so far.

The Phobians drew 0-0 with Legon Cities FC and also drew 1-1 with WAFA SC and Aduana Stars despite scoring the first goal in both games.

Samuel Boadu's side need a win on Sunday to regain their confidence ahead of their continental showdown next week.

Hearts have had a decent run in their recent visits to the Len Clay Stadium having won two of their last four against the Miners in Obuasi.

The Phobians will be boosted by the availability of first choice goalkeeper Richard Attah who missed last week's game due to involvement in national team duties.

Central defender Mohammed Alhassan is suspended for the crunchy encounter as he was shown the red card against Aduana last week.

In three meetings last season, Hearts managed one win over AshantiGold in the FA Cup final with the other ending in a draw and a defeat in the league.