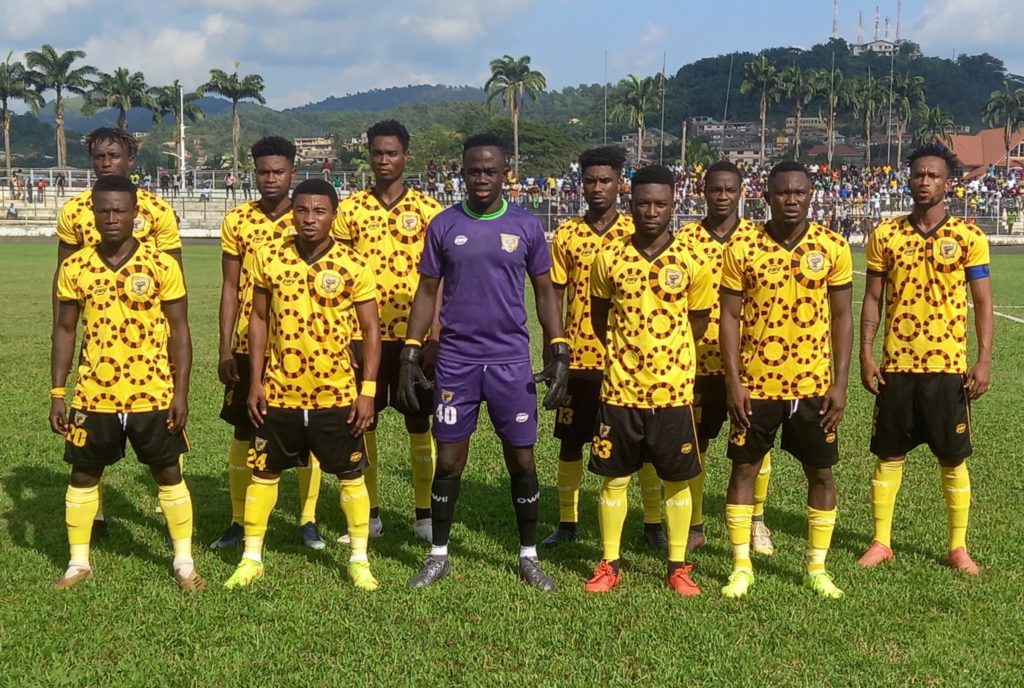 AshantiGold SC claimed a massive victory on Sunday at the Len Clay Stadium in Obuasi in the Ghana Premier League matchday four.

The Miners needed two goals in the second half to beat the reigning champions 2-0 to get back to winning ways.

Kamaradini Mamudu was given his very first start in the Gold and Black shirt as he replaced Joseph Owusu Bempah.

Kennedy Ashia and Dauda Seidu Yussif paved way for Amos Kofi Nkrumah and Yaw Annor in the starting lineup of the Miners.

Hearts gaffer Samuel Boadu also made four alterations to the team that drew 1-1 with Aduana Stars in Accra last week.

The first attempt of the match went the way of the home side but Yaw Annor's shot from the edge of the box after being played through by Seth Osei in the 11th minute went an inch wide.

Five minutes on, the Phobians had the to open the scoring in the game when Patrick Razak rounded goalkeeper Kofi Mensah only to see his shot hit the framework.

The deadlock of the match was broken in the 53rd minute after Annor scored a solo goal following a swift counter attack.

Annor picked the ball from center and run his way to beat goalkeeper Attah.

Hearts goalkeeper Attah made a spectacular point blank save to deny AshantiGold the second goal in the 82nd minute.

AshantiGold sealed the victory in the additional minutes with youngster Abdul Salam netting his first top-flight goal as he pounced on a rebound after a Mamudu shot.