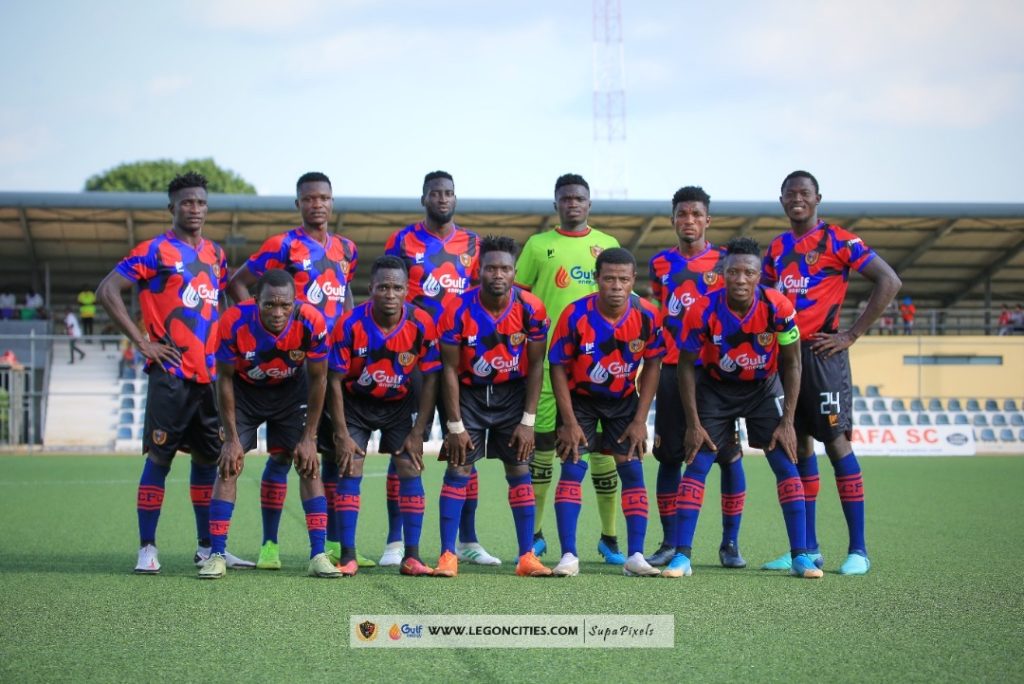 Legon Cities FC will be aiming at getting back to winning ways on Friday when they tackle Aduana Stars in the Ghana Premier League matchday five encounter.

Cities have been without a victory in the last two matches and are poised to beat Aduana at the Accra Sports Stadium.

The Royals suffered a 1-0 loss to Great Olympics in a regional derby the last time they played in Accra and also drew in Sogakope with WAFA SC.

Cities prevailed in this fixture last season with a 2-0 win with goals coming from Jonah Attuquaye and defender Joseph Adjei from the spot.

Cities are also undefeated in their last five home games against Aduana and have won all of the last four.

Maxwell Konadu has almost every player available for selection to face the Ogya Boys on Friday.

Defender Michael Ampadu remains out with an injury. He is yet to kick a ball since the start of the season.

Aduana are travelling from Dormaa Ahenkro to the capital for the second time this term with higher spirits following the thrashing of Real Tamale United in the last round.

The Ogya Boys recorded an emphatic 5-1 win over the newly-promoted side at the Nana Agyemang Badu Park to pick their first three points of the campaign.

Bright Adjei netted a brace while Eric Kwakwa scored his first goal for the club in that match.

Talisman Yahaya Mohammed marked his return from a long-term layoff with a goal in the 5-1 victory against RTU last Monday.

Mohammed is expected to make the trip for Friday's game as Aduana seek for their first away win over Cities in the league since 2012.

Aduana have already visited the Accra Sports Stadium this season where they earned a point after coming from behind to draw 1-1 with Hearts of Oak with a last minute spot kick.

Asare Bediako has a full compliment of his squad available for selection against Cities.