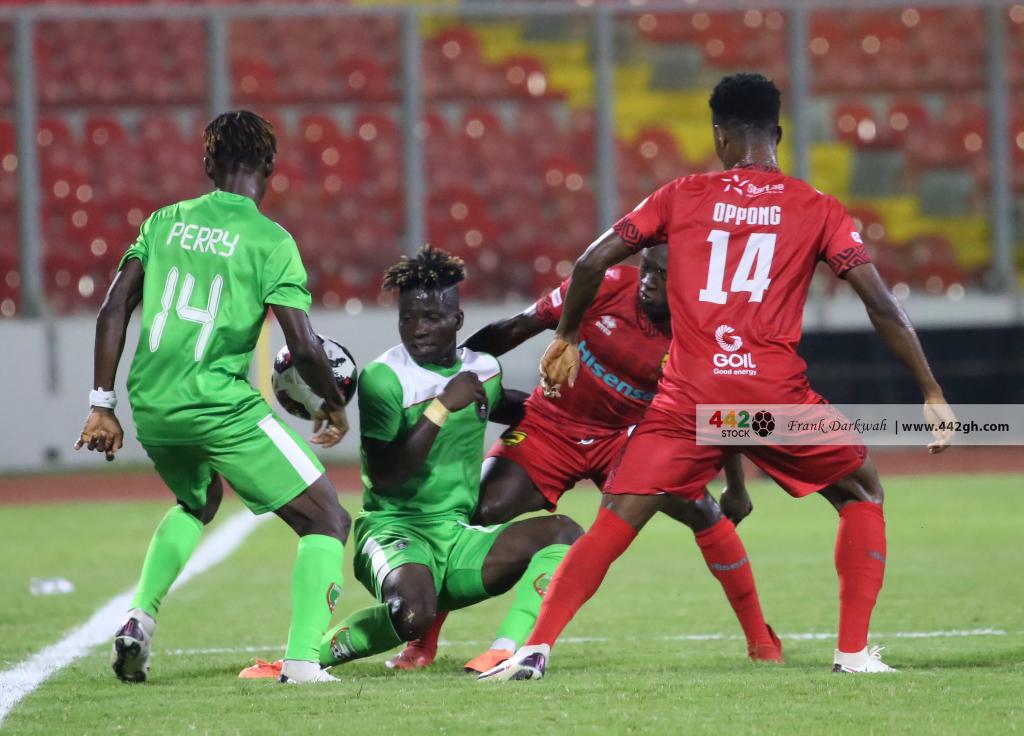 Asante Kotoko travel to Dawu hoping for victory and that will see them return to winning ways after failing to collect maximum points in their last three games.

The Porcupine Warriors will be welcomed by Legon Cities, a side that is struggling with their manager Maxwell Konadu, a former league winner with Kotoko, facing the sack.

According to reports, Konadu, who doubles as Black Stars assistant coach, will be sacked if Legon Cities are unable to beat Kotoko on Sunday.

Dreams FC's Theatre of Dreams in Dawu is the venue for the match because Legon Cities home venue Accra Sports Stadium has been closed down for renovation, but strangely National Sports Authority (NSA) has rented out the stadium for music concerts.

Away from that, both teams are desperate for a win. Kotoko appear to have lost their way after four consecutive victories to go top. Failing to win in their last three has seen them drop third, and they must win to avoid dropping further.

For Legon Cities, it hasn't been the campaign they envisaged. After eight games, they have claimed one win, drawn four and lost three.

Their poor form means they already flirting with relegation having narrowly escaped it last season. Changes are needed, starting this weekend, otherwise, they may go down.

The points separating the two teams on the table is seven with Kotoko 10 places above Legon Cities. Their last also went in favour of Kotoko. With these, Kotoko are the favourites but it won't be easy because Konadu knows them well.