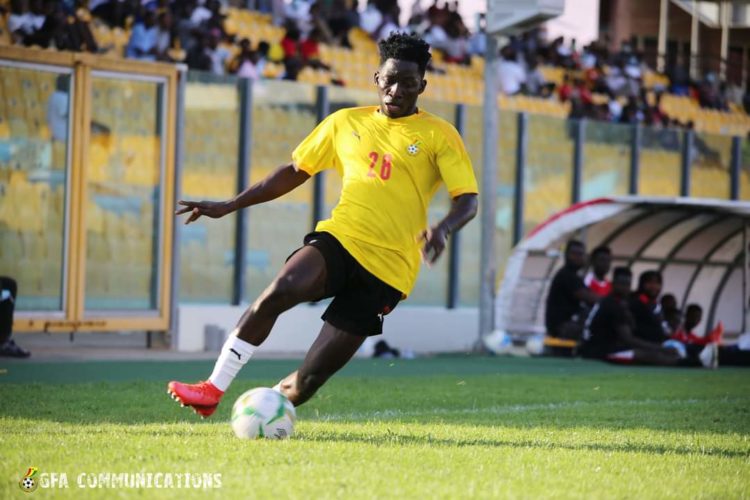 Ghana FA president Kurt Okraku has jumped to the defence of under-fire defender Philemon Baffour amid widespread criticism over his consistent inclusion in the Black Stars.

The consistent call up of the 20-year-old has come under the mirror for his ageless bench-warming role in the team.

The Africa Under-20 winner with was part of Ghana's 28-man squad for the 2021 Africa Cup of Nations in Cameroon but never kicked a ball.

Baffour's inclusion has been unfairly linked to his association to Dreams FC - a Ghanaian Premier League side owned by the FA boss.

But Kurt Okraku has rejected the claims and insists he deserves a chance just like any Ghanaian.

“I think you are being unfair to Philimon Baffour. The young man is a Ghanaian just like every other person. He deserves the opportunity. He is the vice-captain of Dreams FC. He is a U20 champion,” Kurt Okraku Asempa FM's Benedict Kwadwo Mensah.

Baffour is yet to be capped at the international level despite his consistent call-ups.

The four-time African champions exited the group stage for the first time since 2006 after a disastrous AFCON campaign.