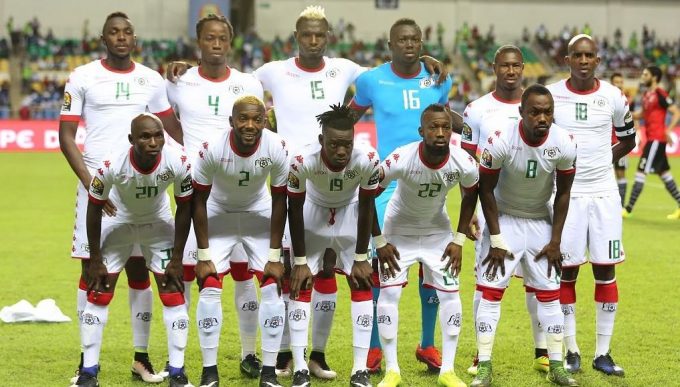 Cape Verde and Burkina Faso lock horns at the Paul Biya Stadium on Wednesday in gameweek two of the Africa Cup of Nations.

The sides head into the game in contrasting moods as Cape Verde opened their campaign with all three points, while Burkina Faso are looking to bounce back from a defeat last time out.

Burkina Faso were narrowly beaten 2-1 by host nation Cameroon in their Group A curtain-raiser at Stade d'Olembe on Sunday.

Kamou Malo's men opened the scoring after 24 minutes through Gustavo Sangare, before Vincent Aboubakar converted two spot kicks in the space of eight minutes to turn the game on its head.

That was a first loss in nine outings for the Stallions, who have only little time to pick themselves up ahead of a crunch clash in Yaounde.

The west Africans will be taking on an opposing side on a run of back to back defeats in this fixture after winning each of the first three encounters.

Having not lost consecutive competitive games in over two years, Burkina Faso will back themselves to get their AFCON journey back on track with a positive result in this one.

Cape Verde saw off the threat of Ethiopia in a narrow 1-0 victory on Sunday to get off to the perfect start.

Julio Tavares was the star of the show as he opened the scoring on the brink of half time to hand Pedro Brito's men all three points.

The Blue Sharks have now won four of their last five games across all competitions since a 2-1 defeat to Nigeria last September.

A place in the knockout stages now beckons off the back of four straight group-stage exits, and Cape Verde will aim to get the job done as soon as possible.