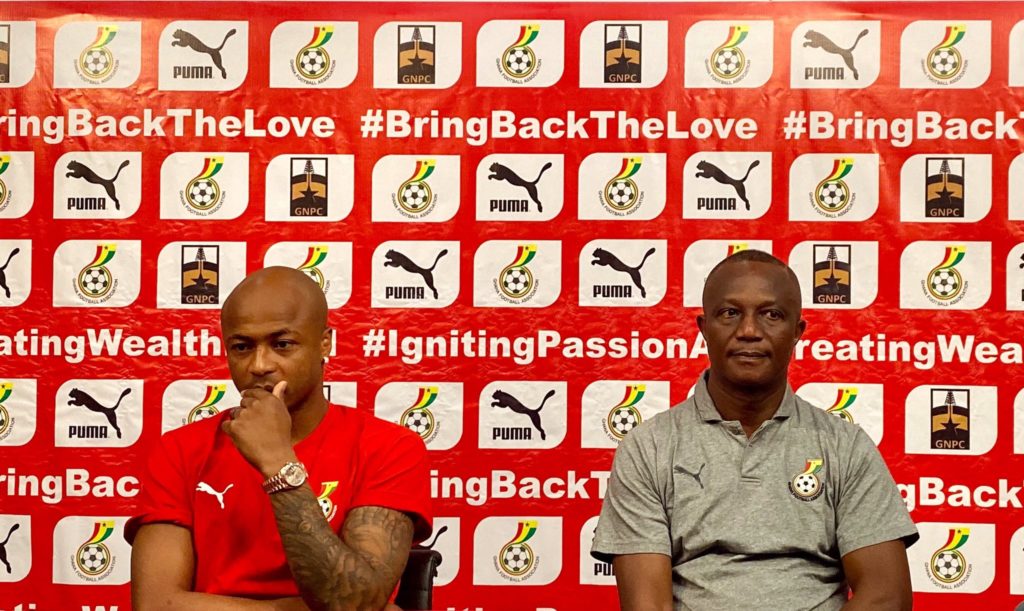 Ghana captain Andre Ayew says there is pressure on the Black Stars to win over South Africa in Thursday's 2021 Africa Cup of Nations (AFCON) qualifier.

The Black Stars are under intense scrutiny of their fans after the team disastrously bombed out of Africa's flagship football competition in Egypt in June.

A new initiative in underway to ensure that the home supporters get behind the team when they host the Bafana Bafana in Cape Coast.

South Africa performed better than the four-time African champions at the tournament in Egypt in June and they are likely to pose a serious threat to the Black Stars.

Ayew says it is the responsibility of the Black Stars to overcome the pressure of getting a good result to make the fans happy.

"There is always a responsibility on us to make sure we make our country proud. We accept this responsibility. We won't always get it right but we are determined to be up there again," Ayew said at the pre-match press conference on Thursday.

Ghana is paired in the same qualifying group with South Africa, Sudan and Sao Tome and Principe.

After Thursday’s game against South Africa, the Black Stars will travel to face Sao Tome and Principe in the second group game on Monday.

The Black Stars started their preparations on Monday evening before travelling to the coastal city of Cape Coast on Tuesday where the qualifying match will be played.