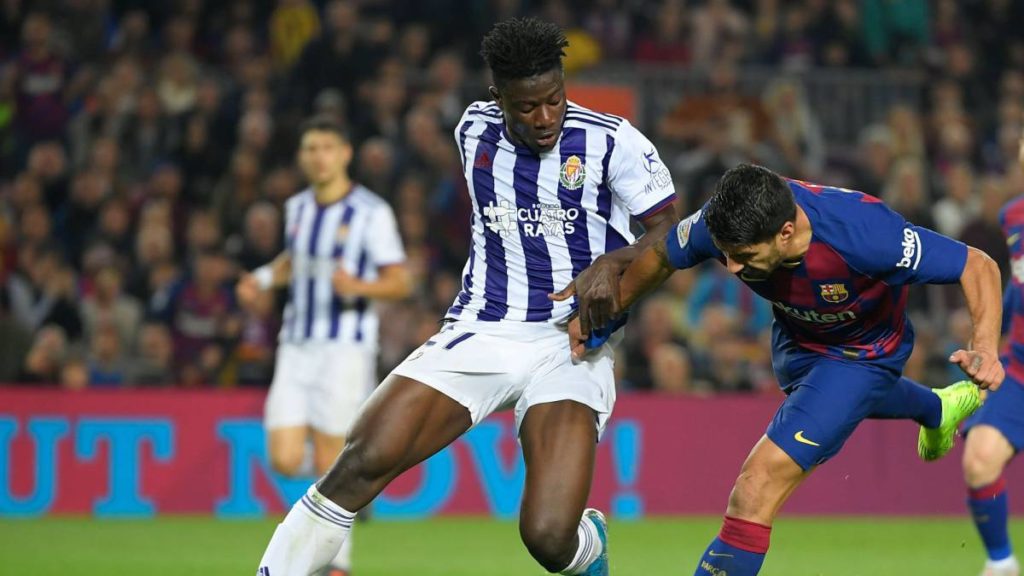 The Real Valladolid centre-back was part of Kwesi Appiah's squad for the two matches that also includes the match with Sao Tome and Principe.

The 20-year-old was eyeing his debut for the Black Stars having received his maiden call-up when coach Appiah named his 23-man squad last week.

However, the La Liga claim Salisu is unable to travel to join the Black Stars because he has injury concerns.

Fitness concerns, however, means he will have to wait until March next year to possibly play his first game for the West Africans.

"Salisu will have to wait for his debut with the Ghanaian national team," Valladolid announced on their official website.

"The left-back, who has had a dragging back discomfort for several weeks, reported sharp pain in the lower back after the game against Deportivo Alavés that requires sports rest."

This means the Spanish side are reluctant to release the player claiming he needs some rest but the extent of injury has not been verified by the Ghana medical team.

The Ghana FA can request to verify the injury of the player as Valladolid have not been consulted the Black Stars medical team over the injury they claim the player has suffered.

Salisu was hoping to make his debut following his first call up for the Ghana national team after excelling with the La Liga side this season.